Kelly Ripa is looking back on her life before blonde.

On Friday, Ripa— who turns 51 on Oct. 2 — was cohosting an episode of Live with Kelly and Ryan with husband Mark Consuelos, when a throwback photo of the two appeared on screen. Ripa reminded fans that she used to have dark brown hair, explaining that her signature honey hue actually came to be as a stunt for her TV host gig,

"Look at that hair!" the Riverdale actor, 50, exclaimed, as Ripa chimed in, "I'm as pregnant as can be. My hair used to be dark before I went gray."

Kelly Ripa and Mark Consuelos Address Speculation That He Wears Eyeliner: 'It Doesn't Come Off'

So how did she become such a recognizable blonde?

"[We] were doing a week here [on the show] called 'Blonde Week' or something," she explained. "I was on maternity leave, and [the producer] called me and said, 'Would you consider dyeing your hair blonde?' ... And I said, 'Sure, I'll dye it blonde.' So we did, but I just did it for a bit."

Ripa initially thought the new color would be temporary, but realized "after C-section No. 2" that staying blonde made the most sense.

"My gray hair became more prominent than my dark hair," she explained, "So we kept it blonder because it was more practical."

The Live with Kelly and Ryan co-host embraced her gray hair during quarantine amid the pandemic, often sharing photos of the progression of her root, which went untouched by a colorist for months.

In March 2020, the star poked fun at the fact that she couldn't book a routine hair appointment while social distancing. "Root watch week one," she wrote on her Instagram Story at the time, sharing a snapshot that showed some of her root growth after having to go without a color treatment on her hair.

A few months later, Ripa spoke on-air about managing her grays herself from home. She explained to co-host Ryan Seacrest that the texture of her hair has also changed.

"Gray hair has a different texture. Anyone with gray hair can tell you, it's very wiry. It tends to stand up," she said, adding the ways she's tried to handle them: "These little clips, and you can see I've sprayed them brown too, these little clips really, like, hold the gray."

Seemingly confused, Seacrest, replied, "It looks blonde to me," to which Ripa joked, "That's good. That's excellent. It's all part of my sinister plan to fool you." 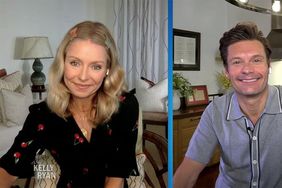 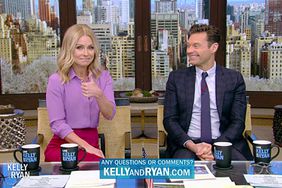 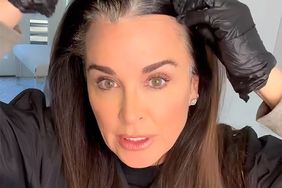 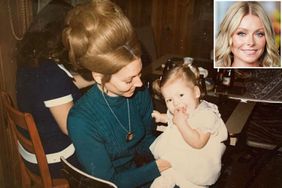 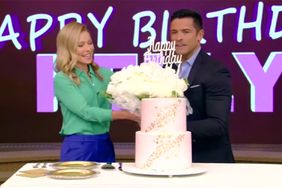