If you’ve been following Katie Holmes‘s recent trip to Disney World you might have noticed something different about the star. We have to admit: We couldn’t put our finger on at first, and it was bothering us all day. Finally, we figured out what’s new: She has bangs!

The actress sported some fresh fringe underneath her wide-brim topper while vacationing in Florida, and it looks like she also might have sheared off an inch or two from her ends. (We’re really loving that wavy style she’s rocking as well.) In December, Holmes went for a more severe chop, transforming her chest-length strands into a shoulder-length swingy style.

This isn’t the star’s first foray into bangs. Back in 2008 she had a banged bob, and in 2012 she sported some shaggy, piecey fringe on her forehead, right before her split from Tom Cruise.

So why the change? Maybe it’s a “breakover” resulting from her split from stylist Jeanne Yang on their Holmes &Yang line. Or maybe it’s for her new role in the untitled upcoming ABC drama for which Holmes is slated to play an “Audrey Hepburn-esque” New York City socialite (her first starring TV role since Dawson’s Creek!). 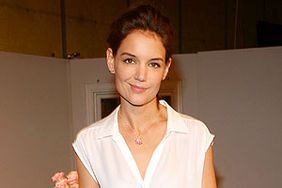 January Jones Gets Blunt Bangs: Are You Loving 'Em?

Camilla Belle's Bangs: Are They Real? 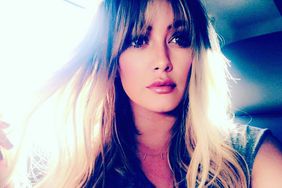 Kelly Rowland Gets a Sleek Bob! Are You Loving Her Short Hair?