Kate Hudson Says She's a Pro at Giving Herself Bikini Waxes at Home: 'I've Mastered It'

The actress divulged the way she keeps her body hair trim down there — without the help of a pro!

Kate Hudson considers herself an expert at at-home hair removal.

When the 41-year-old actress joined brother Oliver Hudson, 42, on Watch What Happens Live with host Andy Cohen on Tuesday night, the siblings got hilariously candid about how they each take care of their body hair that’s down there. After Cohen, 51, said one viewer’s question was if Oliver “still waxes his junk,” the actor revealed he’s switched over to shaving.

“No I haven’t done that in a long time, but I do shave and I put a razor on it,” Oliver said. “And by the way it is not as bad as people might think. It’s clean. It’s pretty. It’s good.”

Then Kate raised her hand and decided to divulge her own grooming habits. “I wax myself! I can wax myself. I’ve mastered it,” the star said.

Cohen asked, “Do you enjoy the process?” Kate replied saying: “It’s not about enjoying it. I enjoy the aftermath of it!”

The actress also opened up about her relationship with boyfriend Danny Fujikawa amid the coronavirus pandemic during the at-home edition of Cohen’s nighttime talk show.

When Cohen asked if quarantining with Fujikawa has been a good thing for her sex life, Kate was quick to chuckle, “yes,” as she took a sip of white wine.

Kate Hudson Says She and Mom Goldie Hawn Are Amazingly Close: ‘We Talk a Lot About Sex’

“I think it’s even more than that,” she continued. “I think it’s positive for knowing that I’m with the right person.”

Kate went on to gush, “There’s nobody else I’d want to be quarantined with right now. He’s just the best.”

The actress, who graced this year’s cover of PEOPLE’s Beautiful Issue along with mom Goldie Hawn, 74, and Kate’s 18-month-old daughter Rani Rose, explained to PEOPLE how there’s pretty much no topic that’s ever been off-limits between the mom-daughter duo.

“What did you teach me about sex? There are so many things,” Kate said, looking at her mom. “We talk a lot about sex. Surprisingly.”

Goldie recalled being in the car when her daughter was young: “I said, ‘I want you to understand something about Mommy. I’m not a prude. I love sex.’”

“Oh, that’s right,” Kate replied. “And then she said, ‘Sex is so much fun. But it’s better when it’s with one person.’ And that was a good lesson.” 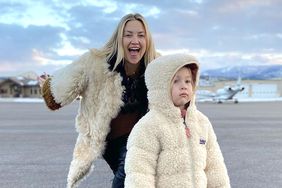 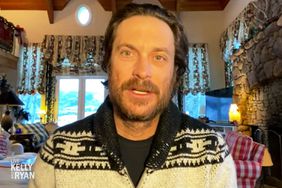 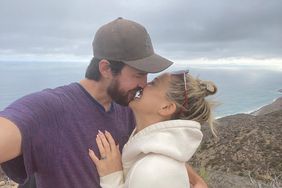