Kanye West‘s shoe designs normally fly off the shelves, but a recent pair he was seen sporting is giving fans of his fashion pause.

At 2 Chainz’s wedding on Aug. 18, West, 41, sported gray Yeezy slides with his heels hanging far off the back — which prompted some major questions from the public. But on Tuesday, West finally addressed the skepticism about his seemingly too-small slides, explaining with a tweet that it’s “the Japanese Way.”

He also included a diagram that explained how traditional Japanese sandals with a wooden sole should be 1 to 2 centimeters shorter than the foot.

2 Chainz married Kesha Ward earlier this month in an over-the-top ceremony at the famed Versace Mansion in Miami. West attended the wedding with his wife, Kim Kardashian West.

For the occasion, West paired his sandals with a pale green Louis Vuitton suit. The reality star, 37, sported a neon-green latex bustier dress.

The bride wore a strapless mermaid-style beaded gown with a sweetheart neckline by Galia Lahav, which she paired with a crystal-embellished headpiece and a long sheer white cape during the ceremony. Her new husband’s custom suit for the ceremony was designed David Lance. 2 Chainz later changed into a white tuxedo by Atlanta-based label Miguel Wilson Collection, who also dressed his groomsmen for the night.

The Wests — parents to North, 5, Saint, 2 and Chicago, 8 months — also made headlines that night when the rapper was photographed carrying the reality star out of their car after the ceremony. 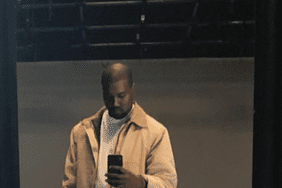 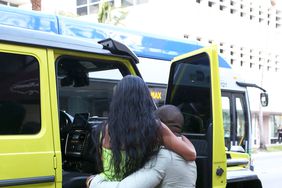 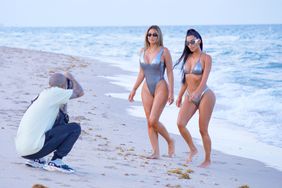 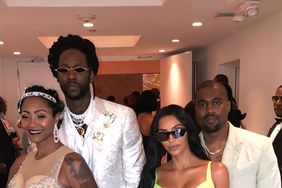