The couple — who tied the knot in 2017 but rarely make public appearances together — were also photographed out and about in New York City on Tuesday.

Musgraves sported a cropped white tee, jeans and a pleated Topshop parka. And staying true to her signature ’70s-inspired hippy aesthetic, the country star amped up her look with fuzzy slippers and ombré tinted sunglasses. Her singer-songwriter husband again wore a graphic sweatshirt with a peacoat and a black beanie.

The cute public outings come just days after the six-time Grammy winner revealed that she and Kelly adopted a small rescue pup that they named “Pepper.”

In a series of adorable snaps shared to her Instagram Story, Musgraves introduced the newest member of her family to her followers. The first snap showed the spotted tri-colored puppy looking up at her new dog mom while sitting on a red carpet in their home, which the singer captioned “meet Pepper.”

Musgraves and her husband tied the knot in a bohemian southern wedding in Tennessee in October 2017.

“His songs made me really emotional,” she told Glamour last year. “I thought, ‘This guy’s really clever, whoever he is.’“

The two started talking and, a few months later, Kelly went over to Musgraves’ house to write. “And then it was ‘That’s all she wrote.’ Pun intended. Everything was right,” Musgraves said. “I didn’t have to shift any part of my personality to make it fit together, which isn’t really something I’ve had before.” 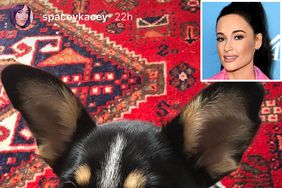 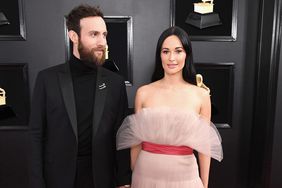 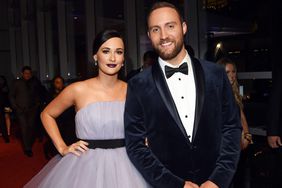