Julianne Hough Has a Brand New Shag, Naomi Watts Gets an Edgy Chop and More Star Hair Changes from the Weekend!

Warning: Julianne Hough‘s latest hair happening may have you running to the salon. The Dancing with the Stars judge has a new layered haircut, and it’s giving us major flashbacks to Jennifer Aniston‘s “The Rachel.”

Just a month after her Grease: Live success, Hough headed to the salon for a post-Sandy cut and color update, courtesy of close friend and hairstylist, Riawna Capri of Nine Zero One Salon.

“We’re bring it back, and switchin it up, introducing @juleshough #ModernDayShag ✂️✂️✂️ With some beigey @jazzyyfeyy pop! ??? (and if you are a #BeautyCoach you know what I’m talkin about! ?),” Capri captioned the debut snapshot. “Loving this little change so much! ❤️ When your growing out your hair, make sure to have fun in the process!!! We do!!! Love you #JulesMyMuse ?”

The star’s “modern-day shag,” is a layered version of the mid-length style she had before, but this time, with a little bit more texture and movement. As for the color, Hough’s strands were lightened with bright, baby blonde highlights from the mid-strands to the ends.

Shag is in, as proven by Hough and Naomi Watts, who debuted a fresh, choppy cut this weekend while doing press for the new Divergent film, Allegiant.

Watts’ new do — a textured, asymmetrical cut, thanks to celebrity hairstylist Renato Campora — plays up the star’s layers and gradually moves from the back to a much longer length in the front.

This is definitely one of Watts’ more daring looks to date, as we’re used to seeing the star sport her signature sleek blonde strands, and we can’t wait to see how she continues to it throughout the Allegiant press tour.

And lastly, Priyanka Chopra revealed a textured, mid-length haircut on The Tonight Show Thursday after a salon visit in Miami.

For the show, celebrity hairstylist Ted Gibson tousled up the star’s new chop using his new haircare line and a 1.25-inch curling iron, waving in opposite directions throughout (and leaving the ends out).

“For me, I love for hair to move. And I think that most girls touch their hair all the time,” Gibson tells PeopleStyle. “So I don’t like for hair to be so stiff that they cannot move it. I think there’s something very sensual and sexy about a woman who touches their hair, so I want to make sure it’s touchable.”

The Quantico actress, whose long, wavy locks previously fell past her chest, is now rocking a clavicle-length cut after chopping several inches off her length and adding blunt ends, similar to the fresh, modern cuts we’ve been seeing on celebs, including Isla Fisher and Meghan Trainor.

What do you think of Julianne’s shag? Or Naomi’s textured, asymmetrical chop? Share below! 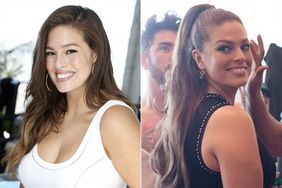 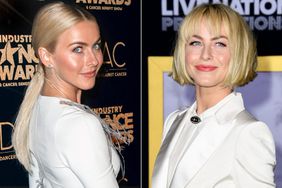 Julianne Hough Bucks the Short Hair Trend and Gets Extensions 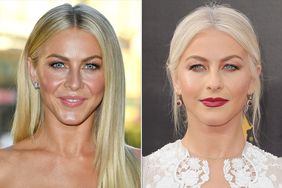 Jessica Alba Gets the 'Fashion-Bob': See Her Chic New Haircut From All Angles

6 Cute Celeb Bobs You May Want to Copy 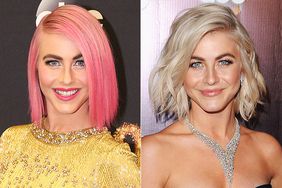