Are Joshua Jackson and Jodie Turner-Smith Married? See Their Rings as They Go Red Carpet Official

The actress wore a large marquise diamond on her left ring finger at the premiere of Queen & Slim, while Jackson wore a three-band gold ring on his left hand

While The Affair actor, 41, and girlfriend Turner-Smith, 33, have never publicly commented on their relationship, the two hit the red carpet for the first time as a couple attending the premiere of her new film Queen & Slim in Los Angeles. They both dressed in Gucci designs for the occasion — Jackson in a three-piece suit and Turner-Smith in a silk plissé lilac gown — but what really made a statement was the their accessories.

On her left ring finger, Turner-Brown wore a glimmering marquise diamond, which looks very much like an engagement ring. The ring is accented with beautiful pavé diamonds going around the band.

Jackson also wore a new piece of jewelry on his left hand: a three-brand brushed gold ring on his wedding finger.

PEOPLE has reached out to Jackson and Turner-Smith's reps for comment.

Joshua Jackson and Jodie Turner-Smith Appear to Get a Marriage License in Beverly Hills: Report

It's unclear whether the couple has had a secret wedding ceremony, but they did seem to pick up a marriage license in Beverly Hills in August, according to the Daily Mail. The outlet published a photo of the pair smiling as Turner-Smith held onto an envelope. During the outing, they were joined by the actors' mother, Fiona Jackson.

Jackson and Turner-Smith first sparked romance rumors after being spotted together grabbing lunch — and holding hands — in November 2018.

Before his relationship with Turner-Smith, the actor split from longtime girlfriend Diane Kruger in 2016 after 10 years together. (She is now in a relationship with The Walking Dead's Norman Reedus, with whom she welcomed a baby girl in November 2018.) 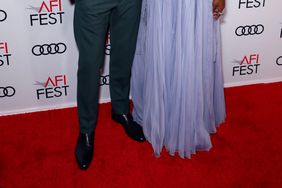 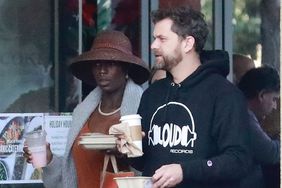 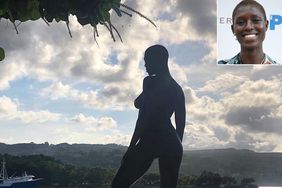 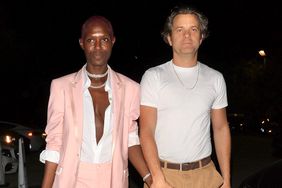