"I thought [it] was genius," Margaret Cho says during the new episode of PEOPLE in the '90s podcast, out now

Before serving up her legendary red carpet style roasts on Fashion Police, Joan Rivers used to kickstart her morning with a little something extra in her coffee cup.

When Margaret Cho, 52, appears on this week's episode of the PEOPLE in the '90s podcast (out now) she recalls working with the late comedian on the hit E! show.

"We would get in at like 4 in the morning and she would already be there," Cho says of Rivers, explaining the "really weird" hours they would film to cover the previous evening's award show.

While everyone else would be sipping on coffee for a jolt of caffeine, Rivers' approach was a little bit different, Cho says. "Sometimes what she would do is she would take her giant Starbucks cup and then empty it, and fill it with Chardonnay. And just drink her Chardonnay out of her Starbucks cup, which I thought was genius."

Filming each episode of Fashion Police took quite some time, but once they wrapped the co-hosts loved to stick around and chat with Rivers. "We would just talk about how she was part of British Hollywood. Edgar [Rosenberg], her late husband, was British and he was a producer," Cho tells podcast hosts Jason Sheeler and Andrea Lavinthal. "They would have Laurence Olivier over for dinner and so she had all of the old stars over her house. She would host these parties that would just get crazy."

Looking back at her experience on Fashion Police, Cho describes working alongside Rivers, who died at age 81 in 2014, as some of her "favorite times."

"She loved doing Fashion Police and she was really excited about it. I think she was really influential on social media because it made the bridge between show business and real people possible," Cho says.

How to Listen to PEOPLE in the '90s, a New Podcast About the Best Era in Pop Culture

After Rivers' time on the show, Cho remembers how everything changed about the way they covered the red carpet after co-host Giuliana Rancic faced backlash for making an offensive remark about Zendaya's dreadlocks at the 2015 Oscars.

"We had to really look at what we're saying about the person. We changed the way that we did our reporting around fashion to having a moment where [we said], this is actually somebody's personality that you're judging as opposed to their outfit," Cho says. "It was hard to justify 'roasting,' but roasting you have to be a lot more thoughtful. To me, fashion is just funny and fun, but people can be very hurt by it, too."

At the time, Rancic joked on air that the traditional African hairstyle that Zendaya wore to the Oscars made her look like she "smells like patchouli oil or weed."

Shortly after the episode aired, Zendaya responded to the television host on Instagram. "There is a fine line between what is funny and disrespectful," she wrote. "Someone said something about my hair at the Oscars that left me in awe. Not because I was relishing in rave outfit reviews, but because I was hit with ignorant slurs and pure disrespect."

Continued Zendaya, "To say that an 18-year-old young woman with locs must smell of patchouli oil or 'weed' is not only a large stereotype but outrageously offensive. I don't usually feel the need to respond to negative things but certain remarks cannot go unchecked."

Rancic apologized for her comments on Twitter, clarifying that she meant her comments as "referring to a bohemian chic look. Had NOTHING to do with race and NEVER would!!!" She later issued an on-camera statement via E!.

New episodes of PEOPLE in the '90s drop Thursday mornings on iHeartRadio, Spotify, Apple podcasts, Amazon Music or wherever you like to listen to podcasts. 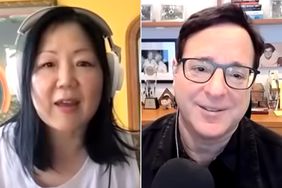 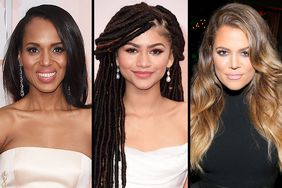 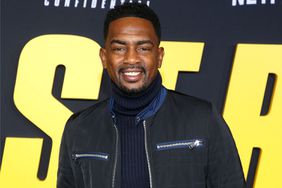