Jenny Mollen Gets Breast Implants Replaced, Lift After 20 Years: I Love Them as 'Much as My First'

Jenny Mollen also opened up about the process on her Instagram Story Thursday, revealing she got the procedure done "a few months ago"

Jenny Mollen is presenting the stripped-down truth about her recent plastic-surgery procedure.

On Instagram Thursday, the actress and author revealed that she'd recently undergone her second breast-implant surgery, sharing a nude bathroom selfie with two flame emojis strategically placed over her nipples.

"For awhile I wondered if I would be able to love my second pair of boobs as much as my first but now I've come to understand that there is enough room in my heart and on my insta feed for both of them," Mollen, 41, joked in her caption.

She opened up further about the process (which she had done "a few months ago") on her Instagram Story, in a Q&A where fans asked her questions as she was getting her hair done.

"I worry about everything!" Mollen replied to one person who asked if "implant illness" was a concern of the star's. "And waited three years to do this after my last kid."

Mollen told a second fan that she "was just pulled in by the nipples" for her lift procedure, which helped her avoid scarring, and another that her "recovery was very easy," as she'd "already had implants for 20 years."

"Wait. Your current boobs are post lift and implant replacement?" a fourth person asked, to which the mother of two replied, "Correct."

As for the recovery process itself, Mollen said it takes "a good 6-8 weeks [with] new implants. But less prob if u are just taking old ones out and replacing."

"The nipple stitching hurt the most," the Angel alum revealed. "Felt like a burning sensation for about two days."

Mollen has long been open about her body on social media, from a scary thyroid issue she faced after giving birth to her second child (son Lazlo, now 3) that caused her to lose "an inordinate amount of weight" to her pregnancy and postpartum physiques.

The Live Fast Die Hot author posed nude for Harper's Bazaar back in October 2019, as part of a feature on women and their cesarean-section recoveries.

"For me, it wasn't a scary thing," she said of the c-section, which she'd also previously had with son Sid, who turns 7 next month. "I feel like a lot of women have fear and anxiety around it, and I wanted to show the progression of what it looks like a week after, two weeks after."

And Mollen did just that on Instagram, sharing photos and Instagram Stories about her recovery. Two weeks after Lazlo arrived, she showed off her new scar and thanked her doctor, saying in part, "I wish somebody had shown me a pic like this 9 months ago." 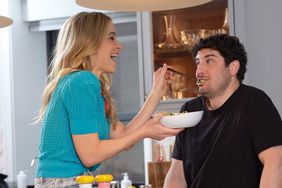 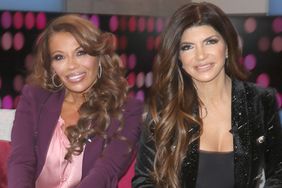 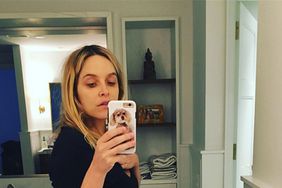 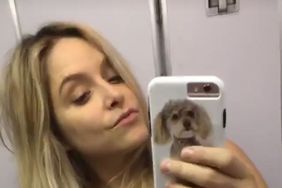