How excited are you to see her Oscars dress?

We’ve been feeling a noticeable lack of Lawrence on the red carpet lately — while her peers have been busy hitting every awards show pre-Oscars, she’s been holed up filming Mockingjay, depriving us of a reliable parade of photos of the star making goofy faces while wearing Dior dresses. But with a week to go before the big show, she’s resurfaced in these latest ads for her Miss Dior campaign. And if the rumors are true, we’re set for another three years of (and she’s set for another $20 million from) a continued Jennifer Lawrence/Dior collaboration.

PHOTOS: The beauty products that are getting us through a long winter!

In her first official ads featuring her short cut (she’s also posed in it for Dior’s in-house magazine), the actress looks fresh-faced and a little windswept while posing in a glittering strapless gown and silk coat and showcasing the brand’s handbags. She also was captured in two videos talking about some of her favorite Dior moments, including the dress she wore in Cannes and the memorable gown she wore to the Oscars (which she talks about more in this video).

“I obviously have very special memories of the dress I wore to the Oscars,” she says in the clip below. “Some fun, some not. They need to make it more accessible for stairs, in my opinion. It feels nice when you’re dressed in something beautiful and you feel beautiful. When you’re wearing an outfit that you’re really proud of or a dress that you feel really good in, it can be fun, and therefore make you happier.”

What do you think of Lawrence’s latest ads? Are you excited to see her Oscars gown?

What Should Jennifer Lawrence Wear to the Oscars? We Shop the Dior Couture Runway On Her Behalf 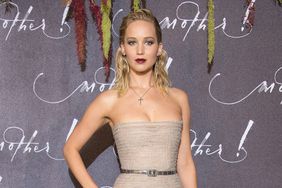 Jennifer Lawrence's Latest Dior Campaign: 'A Powerful Woman Knows How to Get What She Wants'

Jennifer Lawrence Is Back in Action at Dior, FKA Twigs Gets Behind the Camera and More Must-Read News 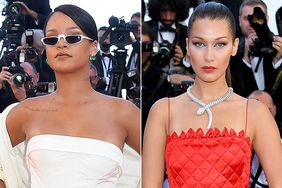