Curtis sweetly presented the best supporting actress in a motion picture award to her "best friend," Jodie Foster, who won for her work in The Mauritanian

The actress, 62, wore a strong-shoulder golden gown with a deep plunging neckline to present the award for best actress in a supporting role in any motion picture.

The high-shine Alex Perry dress gathered at the waist and featured a bow to in the back, as well as subtle balloon sleeves.

Curtis was following a popular trend of the night with her plunging neckline. Others including Andra Day, Julia Garner and Anya Taylor-Joy in Dior Haute Couture all showed some major skin too.

Curtis sweetly presented the award for best supporting actress to her "best friend," Jodie Foster, who won for her role in The Mauritanian.

RELATED VIDEO: Golden Globes: A Look Back at Some of the Best Fashion From the Red Carpet at the Awards Show

The film tells the true story of a man detained in Guantanamo Bay on no charges from 2002 to 2016. 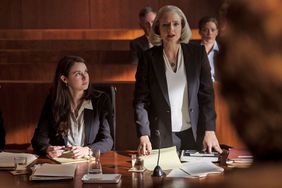 Jamie Lee Curtis Jokes About Her Golden Globes Cleavage: 'They Are Back in the Stable' 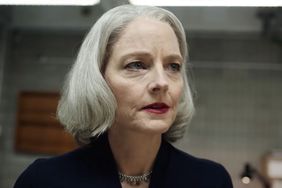 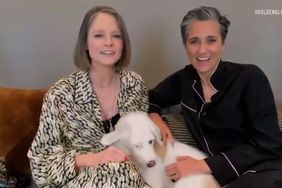 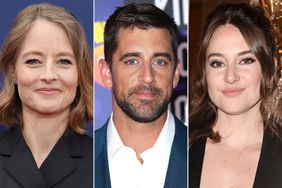