Buzz Off! Jaden Smith Just Shaved His Head on Stage in the Middle of a Concert

Jaden Smith lives by his own set of style rules — like the time he wore his dreadlocks as a clutch to the Met Gala. And his latest hair cut is equally as buzzworthy.

During a concert in Toronto on Saturday, Smith whipped out an electronic hair razor and shaved his already short hair into a full buzz cut — all while performing for a packed audience.

A member of Smith’s crew recorded the DIY haircut from behind stage, and the 21-year-old performer later shared the post on his Instagram feed.

“Toronto, It Happens Thank You For The Love. Go Stream ERYS. #MSFTSrepToronto,” the singer wrote in the caption.

After buzzing off some of his hair, Smith skipped to the front of the stage to continue with his performance. Her wore baggy jeans, a denim vest and graphic t-shirt during the concert.

And his new ‘do didn’t go unnoticed by other celebrities. Tyler The Creator, who goes by the Instagram handle @feliciathegoat, commented on Smith’s post “the f— r u doing.”

Smith replied to the singer saying, “just trying to get your attention,” and Tyler The Creator added, “IT F——- WORKED.”

The two have been close friends for a while. In Nov. 2018, Smith called Tyler The Creator his boyfriend on stage, but later a source told PEOPLE that Smith was just “trolling.”

Prior to his buzz cut, Smith rocked blonde dreadlocks. He originally cut off his locs for his role in the film Life in a Year, which he saved to later carry as a clutch accessory to the 2017 Met Gala. 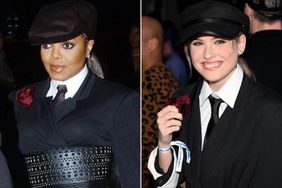