YouTube beauty guru Jaclyn Hill shut down internet critics who had some negative things to say about her appearance.

After Ulta shared a video of Hill modeling different shades of her new Jaclyn Cosmetics Poutspoken Liquid Lipsticks and Lip Liners (which just launched at the beauty retailer), some commenters wrote hurtful messages about the star's face. While she often prefers to quietly brush off the negativity, this time Hill, 30, spoke up.

"So Ulta posted a video of me that I filmed 2 weeks ago and the comments are so incredibly mean," the makeup artist said on her Instagram Story. "I'm not on here looking for any pity or sympathy but just being honest with you... I'm human & most days I carry on & don't care. But today I feel defeated. Words hurt people. And I'm proud that I never speak about people the way others do."

"I'm just done for today," she captioned another Instagram Story post which featured screengrabs of some of the negative comments.

Since some critics accused the star of altering her image with fillers, filter and more, Hill decided to get real with her followers and share side-by-side selfies both with and without makeup, and without any photo editing.

"This is me. There is no filter on either of these photos. Taken 2 hours apart," she wrote.

Hill reposted the video she made for Ulta and shared it on her Instagram feed. She also thanked the retailer for addressing the harsh words directed at her in the original post.

"We ask that everyone treat each other with respect on our channels. Please keep it positive. We are proud to carry @jaclynhillcosmetics and support @jaclynhill 🧡," Ulta wrote. Hill shared the brand's comment and replied: "So thankful for Ulta being so good to me. This made me emotional 🥺❤️."

Hill has opened up about her appearance over the years, even getting candid with fans in Feb. 2020 about gaining "close to 30 pounds" following her initial "failed" Jaclyn Cosmetics lipstick launch.

"I know that my weight has been a topic of discussion for a few months now. I have put on quite a few pounds since my lipsticks launched — if we're going to be totally honest, that's when it started," Hill said in a YouTube video. "I have put on God, close to 30 pounds the past eight months and there is a reason for it."

The beauty guru said she constantly receives hate messages online critiquing her physical appearance, so she feels the need to speak up about what is going on in her life behind-the-scenes. "I want to talk about it because I can't post a picture or a video without people talking about how fat I am and especially my face. I get so much hate for my face. So many people accuse me of getting fillers and Botox," Hill said.

"At the end of the day to cope with my anxiety and my depression I turned to alcohol and started drinking to fix what I was feeling mentally," she continued. "I had been using alcohol to self-medicate and that is why my face has been so swollen."

Hill also discussed her fluctuating weight months earlier in an Instagram post. "I have gained 20 pounds in the last 7 weeks," she wrote. "I'm being transparent with you guys, because I have been getting lots of comments about my weight."

"I have never been this insecure about my physical appearance in my life. Sweatpants are literally the only thing that fits me right now & i've had to go up 2 sizes in my jeans," she added.

Despite her changing body, Hill told her follower she planned to own her look with confidence, no matter what. She wrote: "Side note: you're going to notice in my future videos…. my face is bigger, my arms are bigger, my entire body is bigger. But you'll just have to deal with it, cause this is me❤️." 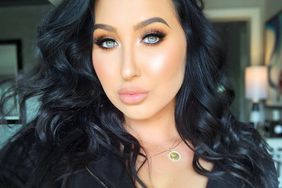 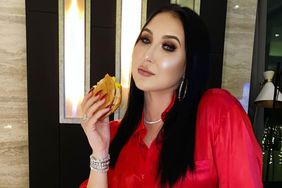 Jaclyn Hill Claps Back at Body Shamers Who Drag Her for Eating a Burger: 'Find Yourself a Life' 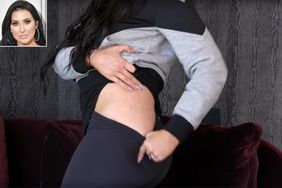 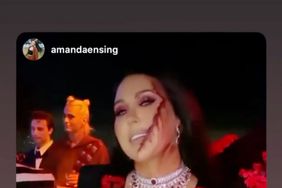 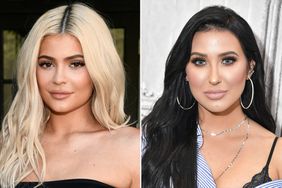 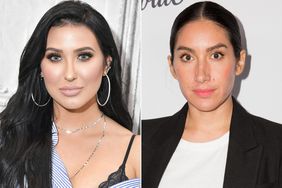