See how to get the must-have items that celebs love to wear again and again – for less!

From L.A. to Australia, keeps her feet comfortable and stylish in a pair of blue patent Maloles “Georges” flats – daughter Suri even has her own mini pair to match!

might be fond of changing her hair color, but she keeps her fashion consistent by topping her edgy looks with a leather-sleeved denim jacket by Alexander Wang.

Whether she is hitting the red carpet or shopping at Beckley in L.A., 90210’s AnnaLynne McCord adds a pop of neon with her bold yellow Rebecca Minkoff clutch.

Proving she is her own best model, hits the streets of Los Angeles toting the “Etoile” hobo bag from her L.A.M.B. collection.

Between shooting scenes for Eclipse, the third installment of the Twilight series, Ashley Greene keeps a low profile in oversized Jee Vice shades while shopping in Vancouver.

might not wear the same outfit twice, but she keeps her accessories consistent with a burgundy Saffiano leather-and-nylon Prada bag while out and about in New York City.

has ’80s fashion in the bag with her acid-washed Jet Jeans and bottom-spiked Alexander Wang satchel.

Proving to be boyfriend best model, sports a ruffle-edged, leather jacket from his William Rast clothing line on the streets of New York and L.A.

For hands-free shopping and partying, relies on her Marni “Balloon” cross-body bag.

is a shady lady in her luxe DSquared2 tortoise-shell shades while traveling and striking a pose.

While traveling around the world with her brood of six, keeps it comfy and cool in her black Gerard Darel maxidress. The jet-setter loves the French label so much she even dresses daughter Zahara in styles from the kid’s collection.

is one shady fellow, going incognito around Los Angeles – and on the red carpet! – in his dark blue Diesel shades.

Even pregnancy can’t stop this supermodel’s glam style! accessorizes her long, loose tunics with Krocoa’s luxe crocodile “Curvy” shopping bag while out and about in L.A.

True Blood’s Anna Paquin shields herself from the California sun with a pair of on-trend dark DSquared2 aviators.

While shooting scenes for The City’s second season, adds a studded Rebecca Minkoff tote to her cool downtown style.

adds a rocker edge to her blue jeans with the tough “Faithful” tote by Alexander McQueen and her on-trend, over-the-knee Giuseppe Zanotti flat boots.

The City’s Olivia Palermo brings back last season’s Chloé “Gemma” satchel by toting it all over during New York Fashion Week.

British It girl Alexa Chung uses New York Fashion Week to show off her ultimate fashion badge of honor – the Mulberry “Alexa” bag named for the stylish MTV star herself.

enjoys her drama-free days of shopping in L.A. with her tan Marc by Marc Jacobs “Twisted Q Groovee” shoulder bag.

When not in character as Gossip Girl’s Jenny Humphrey, adds a ladylike touch to her signature ’90s grudge-inspired look with a black G-Star Raw frame bag.

stays comfortable and stylish in an oversized, feather-printed Wildfox T-shirt while in Los Angeles and Toronto.

She may love trendy and sparkly party dresses, but keeps her accessories simple with her Gretchen “Actress” clutch.

From the jet way to the sidewalk, keeps up her casual cool style with Botkier’s black suede “Jada” booties.

Emmy Rossum may be known for her sweet style, but the jet-setting actress adds an exotic edge while traveling with her Carlos Falchi “Ashley” python satchel.

finds the perfect high-fashion balance to her casual-cool style with Jimmy Choo’s “Blythe” bag in black – has also been spotted toting the hot bag in red!

Whether hitting the gym in Los Angeles or taking dance classes in Berlin, keeps fit and fashionable all over the world in a pair of gray-and-black PH8 leggings – a new line from Bebe.

What baby weight? A little more than a month after giving birth to daughter Stella Luna Pompeo Ivery, is back to showing off her svelte shape in PRVCY jeans, wearing the boyfriend style all around Los Angeles.

She’s got her party shoes on! hits one glam soirée after another in her studded Prada platform sandals.

Paying homage to her Italian roots, the totes her Dolce & Gabbana “Miss Sicily” satchel while traveling around the world.

While enjoying family time in Boston, keeps her head warm with a soft black Hurley “Benny” beanie. And it’s a bargain find at only $26!

When it comes to blue jeans, isn’t afraid of playing favorites, sticking to Degaine’s slim boot-cut denim both on and off the screen.

She sure knows how to travel in style! gets some added height while in-flight with her lug-soled Marni platform boots.

Former Spice Girl Mel B keeps it stylish while hanging out in London by pairing everything from blue jeans to a sexy pencil skirt with her black-and-white graphic Simdog tank top.

When it comes to accessorizing, relies on her Ted Rossi “Python & Swarovski Circles Clutch” to add the finishing touch to her chic red carpet looks.

stays on trend from Montreal to Philadelphia in her Dylan George distressed denim.

From the red carpet to the streets of N.Y.C., Gossip Girl’s Jessica Szohr doesn’t leave home without her must-have Rebecca Minkoff “Studded Morning After Bag.”

travels the world in true rock star fashion by pairing her wacky wardrobe with a luxe YSL studded tote.

Another day, another fabulous purse! adds a red-hot touch to her street chic style while out-and-about in Hollywood with Jimmy Choo’s “Blythe” satchel.

Whether blonde or brunette, is always in style with her Jet by John Eshaya destroyed white jeans. 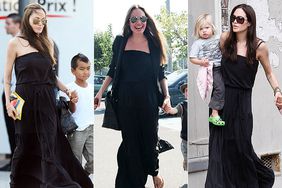 What the Stars Really Loved This Year 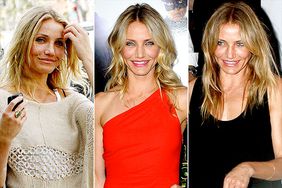 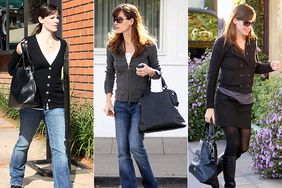 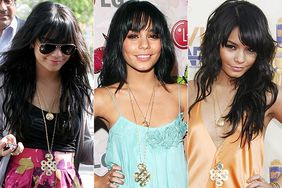 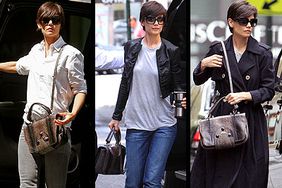 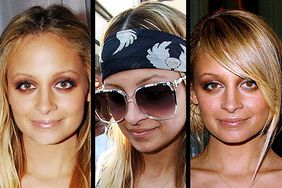 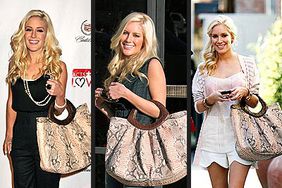 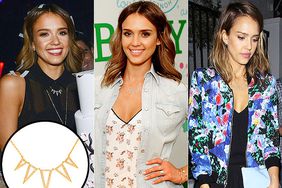 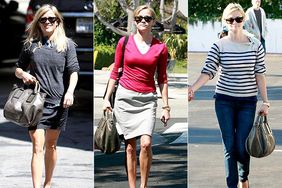 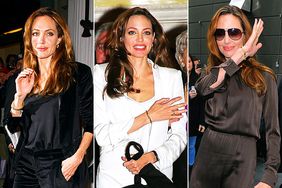 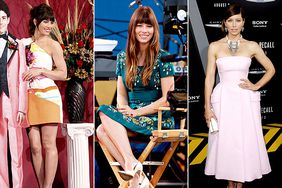 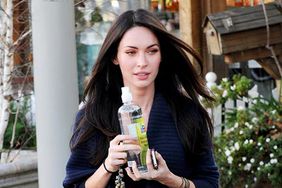