Hilary Duff Goes Back to Blonde

Another week, another hair change for Hilary Duff! The starlet switched up her look yet again this week — just days after debuting bangs — stepping out in Los Angeles with light blonde locks. In late February, Duff dyed her hair brown, adding feathers to give it a funky twist, but apparently, the switch was short lived. The singer-actress has flip-flopped her look quite a bit in recent years: though she darkened her do in September, she was blonde for most of winter. And while she was a tow-headed bride — she married hockey star Mike Comrie in August — she’s been known to really get in touch with her darker side, choosing a deep brown hue for a period in 2006. Luckily, Duff is the type who can seemingly pull of any hair color, but we want to know what you think.

VOTE ON MORE STAR HAIRSTYLES IN ‘WHAT’S HER BEST HAIR?’ 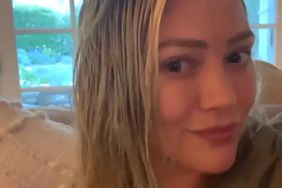 Michelle Williams Darkens Her Do