Before Amy Adams, Jennifer Aniston and more slipped into their gowns, the designs debuted on the catwalk. See the two looks, then vote on which you like best

When you have legs like a model’s (yes, , we’re talking about you), it’s not hard to imagine slipping into an embroidered pink-and-cream thigh-grazer like this one from the designer’s Spring 2013 couture collection.

While embraced peplum, Menounos bucked the trend, removing the waist accoutrement from the original design but leaving the train intact.

The designer described this silk shantung taffeta dress as being “waltz length” so it’s easy to understand why retro-loving Jones would choose it for her on-stage performance.

Ladies and gentlemen, meet Kruger, the woman who can wear the strangest silhouettes, most over-the-top looks and craziest prints straight off the catwalk and somehow look neither strange, over-the-top nor crazy.

We’d be concerned about wearing the tricky-to-pull-off-length (not to mention how on earth we’d fit the voluminous confection in our closets), but Beckinsale clearly has no reason to worry about either of those things.

There’s no denying the model looks beautiful in the gold beaded design, but as soon as we saw it on Zeta-Jones in all her curvaceous glory, we were instantly won over.

didn’t change a thing on this sweeping red strapless creation. Though it should come as no surprise that she opted not to emulate the model’s center-parted, twisted do. (Could you really imagine Jen doing anything but a sleek and simple blowout?)

We’re just glad someone selected this white stunner for the Oscars. And while we maintain that Kerry Washington (and her perfect abs) would have looked amazing in it, Osbourne certainly did the dress justice.

How do you make a jaw-droppingly gorgeous cap-sleeve gown even more stunning? By letting your hair down then pinning it back with a Harry Winston brooch.

wasn’t the only actress smitten with the long-sleeve red creations sent down the runway at the Paris Fashion Week. Sally Field also couldn’t resist snatching up one of the gowns.

The model and the share the same svelte figure (and neither of them ditched that belt!), so it really comes down to whether you prefer the strutter’s sleek updo, lack of jewelry and two-tone stacked sandals, or Saldana’s flowing waves, drop earrings and black ankle-strap stilettos.

We had to do a double-take to confirm that it was not, in fact, Kurkova who first catwalked in this Atelier Versace creation. The smoky eye on both ladies, their matching slicked-back hair and those gazes that only models can seem to pull off will make this a tough faceoff to call.

Not only did we correctly predict strapless gown, but we also guessed right that she’d forgo the mesh bonnet. Think she made the right decision?

This is such a major dress (check out the yards and yards of fabric!) that we assumed not one, but three stars would swathe themselves in all the material, but Munn kept it for herself and even drew hair inspiration from the show.

Not everyone who wore Valentino went for red. Huntington-Whiteley dipped into the house’s (recent) archives to find this feminine dress. Until she hit an after-party wearing it, the ruffled lilac confection hadn’t been seen since it sashayed down the runway in Paris in July 2012.

This ultra-revealing, unforgiving sheer halter was made to be worn by a model and no one but a model. So we’re glad the only other person to wear it after the fashion show (Ambrésio) was a professional poser herself. 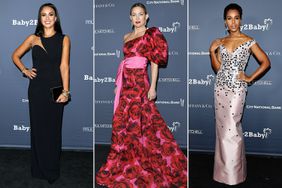 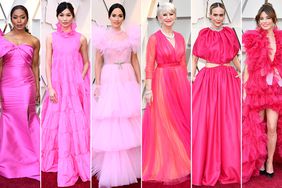 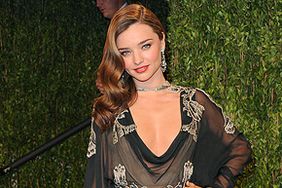 The Most Fabulous Dresses You Didn't See 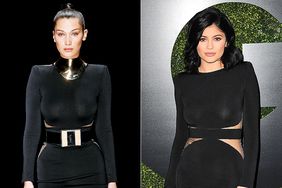 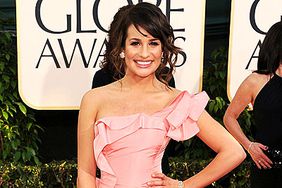 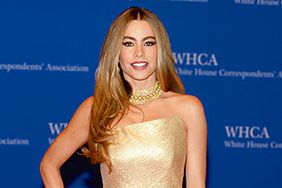 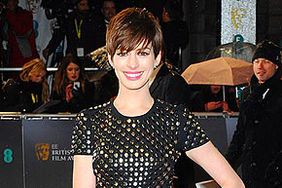 Predict-a-Gown: What Will Oscars Stars Wear? 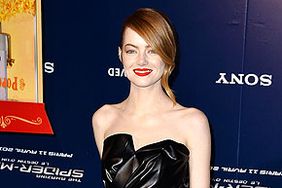 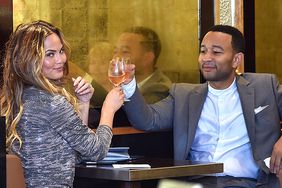