Halsey got in the spirit for Playboy‘s annual Midsummer Night’s Dream party in Las Vegas over the weekend.

The 23-year-old singer showcased an on-theme lingerie look while hosting and performing at the Midsummer Night’s Dream party for Playboy at the Marquee Nightclub at the Cosmopolitan hotel over the weekend, wearing a thong and demi-cut corset with a gold chain belt. She topped off the outfit with a long blonde wig and a black bow in her hair.

She posted photos from the evening on Instagram with the caption, “playboy s—,” with one of the photos featuring the star in a playful pose while wearing heart-shaped white sunglasses from Akila.

She posted another photo of her sexy look with a caption “You’re the second man who’s killed me this week. But I’ve got seven lives left… -Selina Kyle,” a quote from Catwoman in Batman Returns, which some fans thought may be a reference to G-Eazy, whom Halsey recently split with after a year-long relationship.

The singer also left a cryptic message under one G-Eazy’s Instagram photos last week, leaving fans confused about the status of their relationship, and if there was animosity between the former couple. She later clarified that she wasn’t trying to be “petty” with her comments. “Caption dumb funny and stage looks dope. Jealous of everyone who gets to see the show!”

The singer posted a note on Instagram to announce the couple’s split, saying: “I normally keep this kind of thing private but provided our public nature I feel the need to inform my fans. G-Eazy and I are taking some time apart. I’m eager to continue the upcoming passage of time dedicating myself to my art and my career, and the duration of my tour. I wish him the best. Thanks for respecting our privacy at this time.” 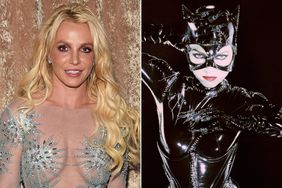 Kourtney Kardashian Describes Her Matching Met Gala Look with Travis Barker: 'An Extension of Each Other' 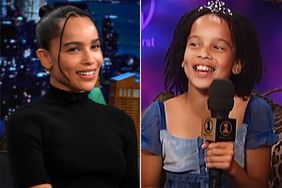 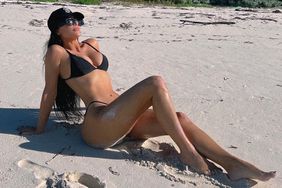