Billy Porter has proved his affinity for hats once again!

Porter’s complete look includes “70,000 hand-placed crystals,” according to a Baja East press release, and his hat “is a mechanically-retracting fringe bucket” style.

And while posing for red carpet photos, Porter adjusted the fringe surrounding his hat to reveal his equally glamorous makeup look — metallic blue cat-eye shadow with silver metallic lipstick and a single gem applied above his lip.

Speaking to E! News during the red carpet pre-show, Porter’s longtime stylist, Sam Ratelle, explained the mechanical aspect of the hat. He also shared that it was actually inspired by Billie Eilish, who wore a bedazzled net bonnet (covering her face!) on the American Music Awards red carpet in November.

“Well, remember it really originated from the moment Billy had with Billie Eilish at the VMAs. She wore this beautiful Burberry hat, designer tissue and a bonnet with a beekeepers net,” Ratelle said. “[Porter] said, ‘I love that hat’ but he was like ‘there’s no way I’m covering my face’.”

“So I found these incredible hats designed by Scott Schubert from Baja East, and they have fringe coming down pretty much covering the face and they’re so dramatic,” he continued. “I said, ‘How can I make Billy wear this hat? Because I know he wants to see his face.’ I said, ‘Well they have to be mechanically opened.'”

“There’s a clicker that I’ve been holding as I trail down the carpet and every time he gives me the signal to open the hat then I open the hat,” Ratelle revealed.

“The Category Is: Fashion Gumby Butterfly Realness,” Porter wrote alongside a photo of the look on Instagram. “Today’s @criticschoice custom @hoganmclaughlin look styled by @sammyratelle is inspired by the free-spiritedness of David Bowie and the 1970’s disco era – my all-time favorite.”

The actor, who was nominated for best actor in a drama series for his role in Pose, paired the custom piece with silver armor jewelry from Lynn Ban and custom white platform boots by Coach.

“The hand-painted butterfly tattoos by @heyannabee continue my theme for 2020, which is being released from the bondage of masculinity and flying free,” he added of the look on Instagram. “Just like the beautiful ladies from @poseonfx, we are often born into one stage of life and then cocoon into an incubation of self-discovery, transformation, and acceptance, ultimately being released into freedom as beautiful creatures.”

Porter spoke with Entertainment Tonight on the AMAs red carpet and explained that the butterflies were “a symbol of the transgender community.”

“[They represent] how you come from the cocoon, you come as one thing, and then you transform into something else. So I wanted to honor my peeps tonight,” he said. 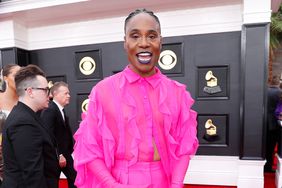 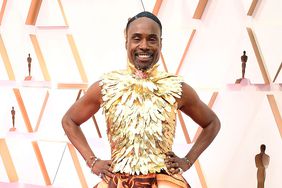 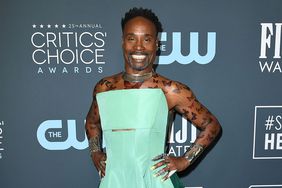 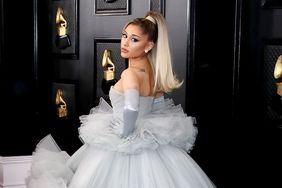 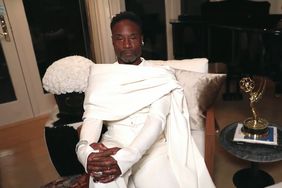