The 21-year-old supermodel is starring in Day 24 of Love magazine‘s annual advent calendar — in a sexy and fierce video that finds her running around a New York City apartment in a skin-showing bikini.

Hadid’s body was on display in a hot pink swimsuit by Agent Provacateur as she posed on the apartment’s leather couches, granite countertops, white-sheeted bed, and tile shower stall.

There’s even a few moments where Hadid posed in front of bare window overlooking the city skyline — likely giving the apartment’s neighbors a show they weren’t expecting.

As for the song backing Hadid’s joyful jaunt, it’s the theme used by Hersey’s for their Take 5 “Swag Exchange” rolled out at this year’s SXSW.

If one has seen any of the magazine’s advent videos before, Hadid’s latest video follows the formula to a T. Take one of the hottest models of the year (check), put her in next to nothing (double check), pan around her while she dances (triple check), and let the seasonal merriment commence (check check check check).

This is Hadid’s third year in a row up at bat for Love‘s advent calendar. Last year she was just as exposed, running around wearing only a lacy red and black bra and underwear set for the calendar’s Day 2 offering.

In 2014 she was slightly more covered, in a low-cut white bodysuit with white ripped jeans.

This year’s offering of Love magazine videos have been packed with stars, per usual.

There was also Heidi Klum naked in a tub. And Chrissy Teigen in ’80s-themed aerobics gear. 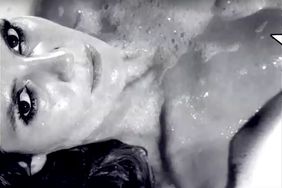 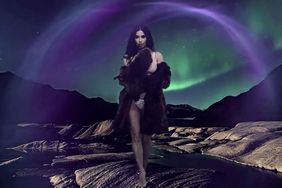 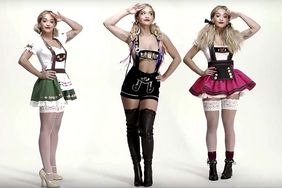 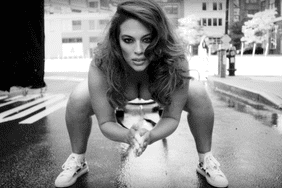 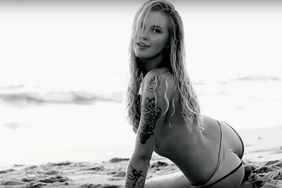 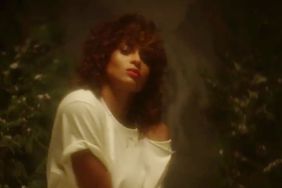