The YouTube star recounts everything about her wedding to Nats Getty

Gigi Gorgeous and Nats Getty’s wedding wasn’t exactly what they planned it to be. And true to form, the YouTube star is getting very candid with her fans in a new video on her channel.

Three weeks after marrying Getty, 26, in a spectacular beachfront wedding at the Rosewood Miramar Beach, in Montecito, California, Gigi, 27, posted a Q&A video titled “I’M MARRIED!!!!!” on YouTube to share all the details about her special day, including the reason why Getty walked down the aisle using a cane.

“We unfortunately got into a little accident a month before the wedding,” Gigi said.

The YouTuber went on to explain that she was sitting on Getty’s lap while listening to music. Gigi fell over and all of her weight went down on Getty’s knee, causing her meniscus to tear. “We went to the doctor and he was like, ‘You need surgery.’ We were gagged because we’ve been planning this wedding for almost a year,” she said.

Instead of postponing the wedding, Getty decided to hold off on the surgery until after they tied the knot. “So she decided that a cane was her best fit,” Gigi said.

Towards the end of her video Gigi opened up about exchanging wedding bands with Getty. Instead of going the traditional route and getting each other one band, they decided to get two bands to encompass the engagement ring.

“I just thought of the ring I had given Nats surrounded by two other rings kind of to make one big force that symbolizes our love and means ‘I love you,'” she said. “It’s sandwiching our engagement for something more powerful and meaningful.” 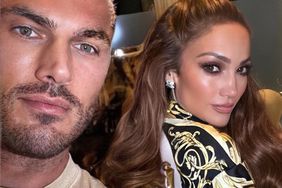 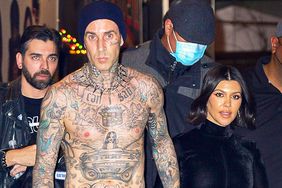