Gigi Hadid loves to wear her heart on her sleeve - quite literally - for her boyfriend Zayn Malik. From a personalized phone case to a "Z" pendant, see all of the times the model has opted for fashion with her beau's moniker all over it

Gigi has iced out Zayn! Um, that is, she updated her nameplate necklace game with a diamond-encrusted version by Lana Jewelry.

Calling all romantics! Gigi recently swapped out her phone case for a personalized Casetify version with "Zayn" written in big white letters on top of red glitter.

Gigi made it clear "this seat is taken" when she stepped out in jeans emblazoned with Zayn's name on her backside. The light wash Maje jeans featured her boyfriend's name written in gold script across her back left pocket.

Gigi's style relationship with her man's name goes way back to the beginning: Before they made it public, she posted a photo of her sparkly "Z" pendant on Zayn's birthday back in 2016 and sent the internet into a frenzy.

Gigi Hadid broke the internet with this flirty t-shirt that said "lol ur not Zayn Malik" across the front. Zayn later showed his support for Gigi's fashion statement by posting a picture of the model to Twitter along with the caption, "Thas ma girl."

Squint and you'll likely see Gigi's favorite"Zayn" name plate. The model has sported this custom necklace by Lola James plenty of times—including at her 21st birthday celebration where she paired the bauble with a plunging mini dress and thigh high suede boots.

When Zayn dropped his tour merchandise, featuring graphic images of his face and name, Gigi couldn't resist. She rocked a black graphic Zayn tee with his moniker written in large yellow letters and an image of her beau looking super badass.

Gigi can't get enough of her "Z" necklace and she's figured out many different ways to style it. Here the personalized pendant perfectly peeks out of her revealing black cut-out top. 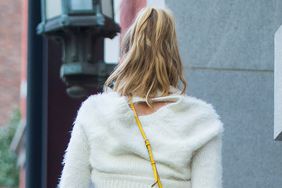 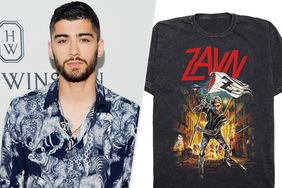 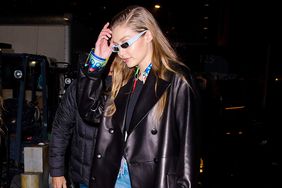 Unforgettable! 22 Times Gigi Hadid Wore Her Name on Her Clothes 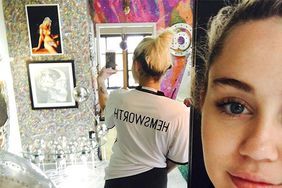 7 Times Celebrities Wore Their Significant Others on Their Bodies 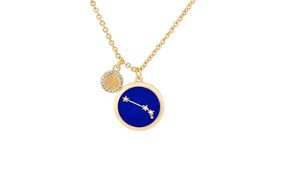 The Most Thoughtful (and Unexpected) Personalized Gifts 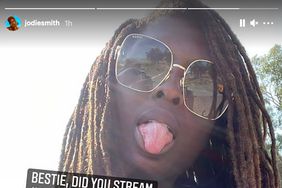 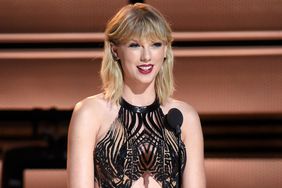