What do you think of the designs?


Eva Longoria may clean out her closet monthly (giving away pieces to her sisters, friends and charities like Dress for Success), but she’s going to need to make even more room soon: Her line for The Limited (which ranges from $49 to $160) is set to debut July 25, and she wants to wear everything. “I won’t make it if I won’t wear it,” Longoria tells PeopleStyle.

So to create a range of pieces she’s psyched to sport, the star says, she was involved in “everything. From design to storyboards of what story to what’s our color palette. I feel like we’re constantly in a meeting where we’re like, This has to be ordered now!” she says, adding that she looks for inspiration even when she’s not officially working. “I cut things out of magazines, I sketch. I was in Cambodia and I bought a little dress on the side of the street that was $2 from this woman — I brought it back and said, What is this, because this is something I want to have in my line! I will take pictures of people on the street going, I love that. I love the feeling of that outfit. How can we make that feeling in a garment?”

Longoria, 41, describes her own personal style ethos as “wanting to be comfortable all day long” and “classic,” and says she’s long loved fashion — after all, she’s been sewing her entire life. “I sew dresses. I sew blouses. I sew Halloween costumes — I’ve made all my nieces’ and nephews’ Halloween costumes since they were born!”

And while she does religiously give things away, there are a few things she keeps for sentimental value. “I archive gowns from awards shows, stuff like that,” she says. “I have a vintage 1930s dress from a movie I did, Cristiada, which is just a piece of art. My Lucille Ball dress from when I did SNL and I played Lucy.” And of course, there are a few pieces from her Desperate Housewives years. “Oh my gosh, I have so many Gabby clothes. Of course now A) it probably doesn’t fit or B) I am like, Oh my God, that is a little much!”

She also has a pair of shoes from her first Desperate Housewives premiere that will stay in her collection no matter what. “The first pair of shoes that were gifted to me — I was in a photo shoot and they were like, You can keep those if you like them. I was like, Whaaat?! And I wore them to our first premiere ever. I just thought that was the most generous thing ever,” she says. “They’re pretty dated — the’re so not me now, but years ago they were!”

RELATED PHOTOS: Last Night’s Look – Love It or Leave It?

Longoria says she was determined to be involved in every facet of the line, and she had an excellent example in her best friend (and fellow designer) Victoria Beckham. “She’s the ultimate example,” Longoria says. “She’s a true designer. She’s lived and breathed fashion her entire life. She was born to do her line.”

And that extends to creating a wedding dress for Longoria when she walked down the aisle with José Baston in May. “Victoria took such care into making it. We had so much fun,” she says. “I went to her London studio twice — I thought for sure someone was going to see me. She pulled out literally every dress she’s ever made and was like, Do you like this top? That bottom? This material? That color? That strap? That zipper? And we just went through everything and she had pulled so many different white fabrics: What about this one? What about that one?”

Her Victoria Beckham fashion parade didn’t stop there: “She wanted to make the after dress to change into and I was like, Oh, great! I love that dress. And then the night before, the civil ceremony, I needed another dress for the civil ceremony. I was going to wear pants and then at the last minute I actually had a simple white dress in my closet, and I was like I’m just going to wear this! My assistant was like, It’s Victoria Beckham, and I’m like, Oh my gosh! She’s just a genius. I think she is just amazing.”

Though Longoria took a honeymoon, she’s back in the swing of things and so excited to have people see her “from work to wine”-appropriate designs. “This has been years in the making. I’ve been really looking for a true partner in developing my vision for a clothing line. I didn’t want it to be celebrity clothing line that somebody makes some clothes, and you throw your name on a label,” she says. “There’s really affordable pieces that you can mix and match, for a lot of those young professionals who don’t have the largest budget for wardrobe but still have enough to want to invest in themselves. You are worth it.”

Shop the first pieces at TheLimited.com starting July 25, and tell us: What are you most excited to buy? Tell us below!

Sheryl Crow Launches a Clothing Line for HSN, Still Isn't Over That 'Famous Actress' Who Stole Her Favorite Leather Jacket 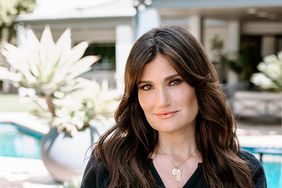 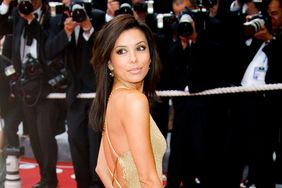 Eva Longoria's First Clothing Collaboration Is Almost Here (and She's Serious About it, So Get Psyched) 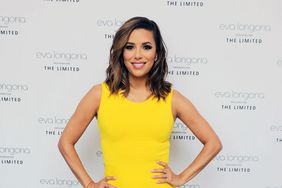 Eva Longoria Is Launching Her Own Clothing Collection (Did You Know She's an Avid Seamstress?) 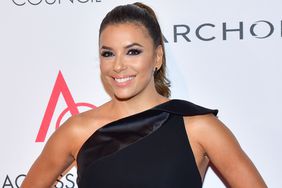 Eva Longoria Just Purged Her Closet of All Platform Shoes: 'When Did I Wear These?' 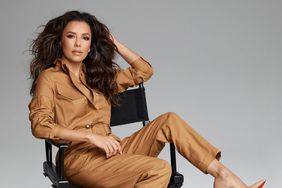 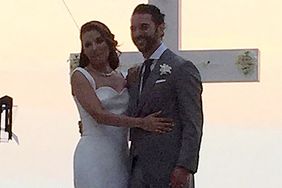