Emily Ratajkowski clapped back at critics who slammed her for going braless during a protest against Judge Brett M. Kavanaugh ‘s Supreme Court nomination in Washington D.C. last month.

Ratajkowksi, 27, marched outside the Hart Senate Office Building leading up to Brett Kavanaugh’s Supreme Court nomination decision wearing a white crop tank top without a bra that revealed her nipples. And the star was shocked by all the negative attention she received for what she was wearing.

“I knew being there would be important and I knew some people would find it controversial, but I never expected anyone to talk about why I wasn’t wearing a bra under my tank top,” Ratajkowski told Stellar magazine.

She added, “It was [89] degrees [Fahrenheit], I was marching through D.C. in jeans; my outfit seemed completely normal to me. And I was there making a political point. Why would people focus on what I was wearing?”

Ratajkowski tweeted shortly after the march, saying she was “arrested” for protesting. “Men who hurt women can no longer be placed in positions of power,” she tweeted.

The model was joined by actress and comedian Amy Schumer at the march, who was also detained. “You want to be arrested?” a police officer asked her and another female as he pointed toward the larger group that was chanting with police officers surrounding them.

“Yes,” Schumer said while wearing a green button-down shirt that read “This Today then #ERA.”

The protests come as senators prepared to submit their votes on Kavanaugh’s confirmation to Supreme Court justice, following hearings questioning him after allegations of sexual assault came to light.

Following a contentious and tumultuous confirmation process involving sexual assault allegations made by three women, including a public testimony from California professor Christine Blasey Ford who accused Kavanaugh of assaulting her at a high school party about 36 years ago, the U.S. Senate voted to place Kavanaugh on the Supreme Court for a lifetime appointment.

Kavanaugh, President Trump’s second conservative nominee voted onto the highest court in the land, is expected to help shift legal decisions to the right, resulting in threatened protections involving abortion rights, healthcare, presidential power and gun control, among others. 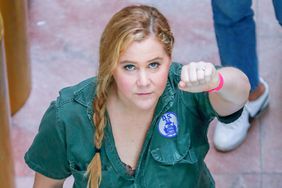 BrettKavanaugh.com Is Now a Resource for Sexual Assault Survivors 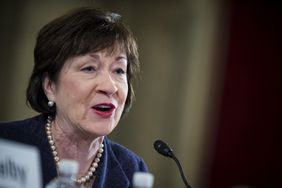