In the campaign video, the 17-year-old celebrity offspring appears alongside other up-and-coming models like Sonjdra Deluxe, Violet Chachki and Zhengyang Zhang for the makeup brand’s latest complexion product line, “Sublime Perfection the System.”

Damian’s striking bone structure, bright blue eyes and confidence in front of the camera are put on full-display within the video — and reminiscent of his famous mom, who became an Estée Lauder spokeswoman in 1995.

Aside from his uncanny resemblance to Elizabeth, Damian’s bouffant-style blowout is the real scene-stealer in this campaign (captured by legendary photographer and director Steven Meisel). The teen model, who’s signed to TESS Management in London, sports a massive, windblown hairdo while modeling the glowy makeup in a white tee and leather jacket.

“Working with our amazing cast including Sonjdra, Damian, Violet, Zheng, Shanelle, Blesnya and Primose, has been simply magical and made this set so fun and easy – being surrounded by a luminary lineup of divine beauties who are McGrath Muses,” McGrath said in a statement about her first-ever line of foundation products (available on patmcgrath.com, sephora.com, selfridges.com, select Sephora stores and Bergdorf Goodman on July 26).

The celebrity makeup artist added: “To have Meisel’s fierce and disruptive aesthetic, eye for fresh talent, and prolific, unparalleled approach to beauty is a dream come true.”

Damian, whose father is American business man Steve Bing, made his acting debut in 2016 with a part in season 3 of Elizabth’s hit series The Royals (he returned to the show in season 4). In 2017, the actress told PEOPLE that she’s encouraging Damian to “still study hard at school.”

“I always say, you don’t want to be a bore at dinner. You have to know geography, you need to know history, you need to know ancient history, it’s interesting,” she told PEOPLE. “And then of course, if he wants to be — and if he were talented enough and lucky enough to be a movie star, how nice that would be. But to me that’s the icing on the cake after you [become] a fully-rounded person.”

The proud mom often posts photos of her son on Instagram, but in 2018, Hurley came under fire when then-15-year-old Damian was criticized for taking her bikini-clad Instagram photos. But Elizabeth, who regularly models new pieces in her swimsuit line, Elizabeth Hurley Beach collection on Instagram, expertly shut down critics during a stop on Watch What Happens Live in March 2018.

“Here’s the thing, he doesn’t take all my bikini photos, by the way,” Hurley told host Andy Cohen. “Some of them are professional, some of them are my sister, anybody who I can get.”

She explained that he mostly steps in as a photographer when they’re vacationing. “When we’re on holiday together, sure he’ll take some pictures. And you know, he’s got a really good eye and he’s studying photography and it’s ridiculous.” 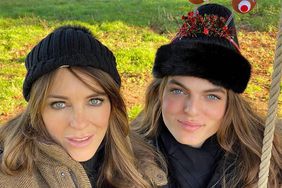 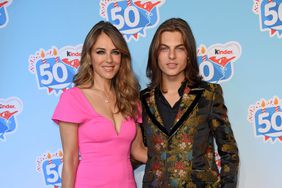 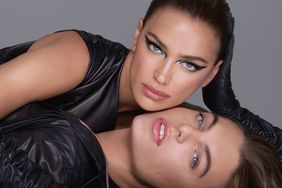 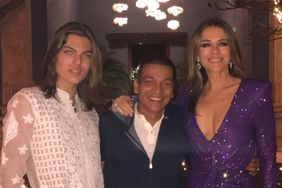 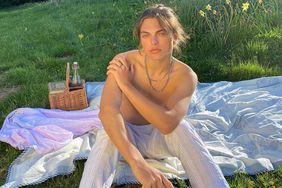 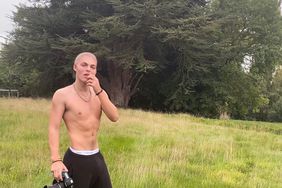 Damian Hurley Explains His Shocking New Shaved-Head Look: 'Tempted to Do It for Real' 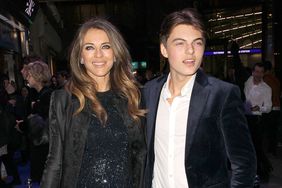 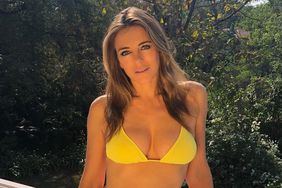 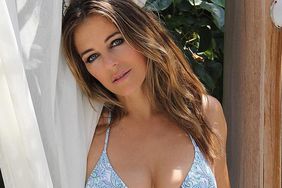 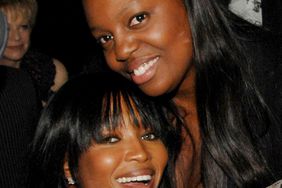 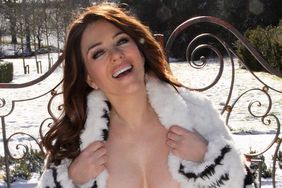 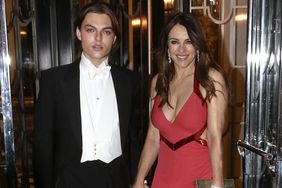