The Sprouse twins teamed up for J Brand's Spring 2019 campaign

Twins Dylan and Cole Sprouse, 26, have spent most of their lives together in front of the camera, starting from their Big Daddy debut nearly 20 years ago to their days on The Suite Life of Zack and Cody. Fast forward to 2019, and while the brothers remain close, they’re busy pursuing their own paths and passions.

Dylan runs All-Wise Meadery, which he founded in 2017 in Williamsburg, Brooklyn. The location recently opened a taproom with food, drinks and, of course, mead. He also has three new movies being released this year. Cole has a lead role on the hit CW series Riverdale and in his free time he photographs everyone from Kendall Jenner in high-fashion editorials to his girlfriend and co-star Lili Reinhart.

Now Cole is turning the camera on his brother for J Brand denim’s newest campaign.

The brand recruited Dylan to star in its Spring 2019 ad campaign — and enlisted Cole to capture the shots.

“I’ve been watching Cole do photography since he was really discovering his style so I was amazed after all this time to discover that he’s very professional and put together on a shoot (despite doing the cartoon photographer ‘Yes darling!’ bulls—),” Dylan tells PEOPLE.

Dylan adds, “I was excited they [J Brand] gave Cole and I the opportunity to work with each other in this new format. It was very cool of them.”

Even though working as photographer and subject works a little bit differently than as actors side-by-side, Dylan says the two were able to get into their groove without missing a beat.

“Having worked together most of our lives, you can imagine we’re pretty synced up by now,” he says. “While this medium is entirely different than acting, I’m familiar with his photography so I’m aware of what would compliment it as the subject.”

Ultimately, he says, the duo was able to capture the essence of J Brand perfectly: “stylish, accessible with a classic Americana vibe.” 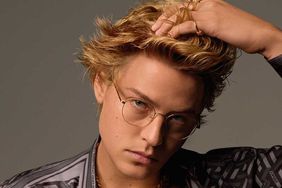 Cole Sprouse Jokes About New Versace Campaign: 'They Shaved My Nipples for This' 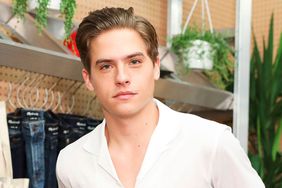 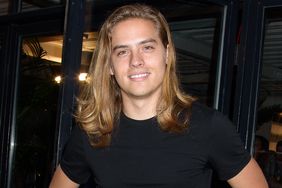