Do You Recognize This Actress?

Confession: We had no idea who this star was when we first spotted the photo to the left. But after a second glance, we realized that it’s Evangeline Lilly from Lost!

The actress debuted a super-short haircut with side-swept bangs and chunky golden highlights at the premiere of The Hobbit: An Unexpected Journey in Wellington, New Zealand on Tuesday.

Lilly reportedly got the ‘do a while ago, but kept it mum until Tuesday, when it made its first red carpet appearance. It’s definitely a major change from the voluminous long brown locks she donned during her time on her hit show.

But Lilly isn’t the only star to get bangs this week: the Duchess of Cambridge is also showing off some new face-framing fringe. Tell us: What do you think of Lilly’s dramatic hair makeover?

PHOTOS: SHARE YOUR THOUGHTS ON EVEN MORE STAR HAIRSTYLES

Which Star Should Debut Bangs at the Oscars? We Weigh In ... 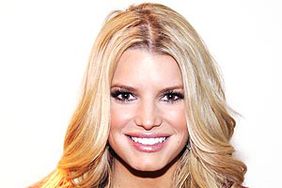