David Beckham's sons Romeo, 18, and Cruz, 16, decided to channel their dad's signature hairstyles from the late '90s and early '00s (a platinum buzz cut for Romeo and a hot pink hue for Cruz). David, 46, joined in on the fun by dyeing his own hair platinum blonde and jokingly reminded his sons that he's the one who started the look decades ago.

"Sometimes the boys need reminding who did it first in the 90's 🤣 by the look on their faces they are not to pleased about it 🤔 #DadDidItFirst 😂 @joshwoodcolour 🔥 @romeobeckham @cruzbeckham 🔥," David captioned a photo with Romeo and Cruz, all showing off their new looks together, on Instagram.

He followed up by saying, "Don't worry boys it will be gone in a few weeks 😂 @romeobeckham @cruzbeckham."

The boys' mom and David's wife Victoria Beckham, 47, couldn't help but weigh in.

"Dad did do it first and it looks even better this time round!!!! @joshwoodcolour x," she commented.

Romeo and Cruz's older brother Brooklyn Beckham, 22, gave their hairstyles his stamp of approval. "Looks so cool ❤️," he wrote.

This isn't the first time that David has called out his son for copying his hairstyle. The former soccer pro left a lighthearted comment on one of Romeo's Instagram posts after he first bleached his hair blonde in May.

"Nice hair ❤️ @romeobeckham," David said. "I wonder where u got that idea from 😂." 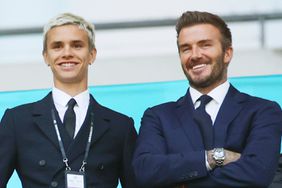 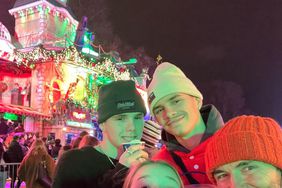 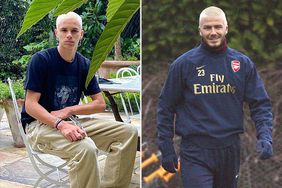 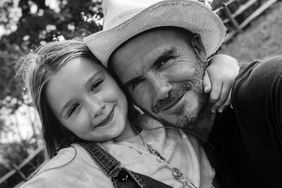