The Craziest TRL Outfits Ever, From Beyoncé's Crystal 'Bootylicious' Belt to Jennifer Lopez's Juicy Track Suit and Beyond!

ICYMI: MTV has heard your cries for early aughts nostalgia, so the network is bringing back its highly popular, music(?)-driven show, Total Request Live! In honor of the return this October, we're looking back at some of the artists who hit the Big Apple stage from 1998 to 2008 with their head-turning, jaw-dropping and just down right ~amazing~ outfits

Your body will always be too bootylicious for us (babe).

JLo's Juicy tracksuit was what our early-aught fashion dreams where made of. As for wearing it with one pant leg pulled up, only Jenny from the Block could pull that off.

And the winner is: Britney Spears' abs.

Those boot-cut jeans are definitely straight out of Joey Potter's closet.

The chameleon didn't only switch up her style over the years, she played with her hair color too.

Her boots are made for walking ...and her hair is full of secrets.

There is so much to unpack about this lewk, that we'll just let you stare at it for a while.

Their hemlines may have gotten longer, but their heels definitely haven't gotten any higher.

We're not sure what style move is more polarizing: the pants tucked into her boots or the crochet pot-holder top.

Whether it's Limited Too or Rodarte, Dakota always turns up in style.

We wonder if you had to show your abs before getting through security at TRL studios.

She's always been a star.

2007 was a time before high-waisted jeans were a thing.

The singer hit the TRL stage twice in 2007, and she made sure to wear all the trends.

Something tells us Mimi still has this rainbow mini in her closet and would wear it on her next date night.

We think this is the last time we spotted Alba in opaque tights.

If the old Taylor could come to the phone, she'd tell you boys come and go but cowboy boots are forever.

Before Malibu Miley, there was punk rock Miley. 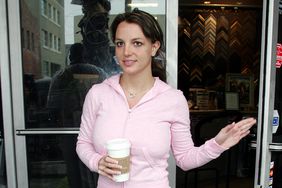 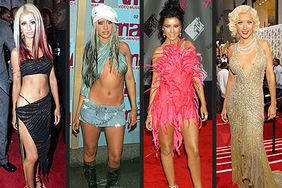