Cindy Crawford brought her 1992 Pepsi ad back to life to raise money for the American Family Children's Hospital in Madison, Wisconsin

Cindy Crawford is throwing it back for a good cause.

The model, 55, posted a familiar-looking photo on Instagram Tuesday of herself wearing the same white tank, denim shorts and silver hoops that she rocked decades ago for her iconic 1992 Pepsi ad.

In the photo, she poses outside the Halfway House Cafe with a can of Pepsi raised to her lips. Behind her, two coyotes are perched inside a cherry red convertible, and a vintage Pepsi vending machine peeks out from the background.

In the caption of her post, Crawford explained that she was bringing her iconic commercial back to raise money for cancer research.

"It's always a pleasure and a thrill to work with my friend @davidyarrow ... and even more so when it's for a good cause," Crawford began. "We returned back to the original Halfway House from the famous @pepsi commercial I did in 1992 to recreate the moment (with a David Yarrow twist) in hopes of raising funds for the American Family Children's Hospital in Madison Wisconsin where my brother was treated for leukemia."

Crawford explained that "with the help of David's gallery network across the globe supporting the art and its sales," they've already raised $1 million for the cause.

"I also have to thank my dear friend, hairstylist @peter.savic who did the iconic hair for the original commercial ... so i was thrilled he was able to be here for this version as well!" she continued. "Thanks also to @samvissermakeup for makeup and @allowitzstyles for styling."

Crawford's followers were totally delighted by the throwback, with Reese Witherspoon commenting, "Truly gorgeous ! And for a great cause ❤️."

The original Pepsi commercial first aired during Super Bowl XXVI. In the ad, Crawford pulls up to the Halfway House Cafe in her red convertible and steps out to buy a Pepsi from the vending machine as two young boys watch in amazement, later commenting on the new Pepsi can design, not the model.

In honor of the ad's 25-year anniversary in 2017, Crawford looked back on the now-famous clip during the Super Bowl Greatest Commercials 2017 special.

"Yeah, it's me being sexy and getting out of a car, but with these little boys kind of looking and then that line that they're really not watching me — they're just looking at the can. I thought that was very clever," she told Entertainment Tonight's Kevin Frazier.

Crawford told PEOPLE in 2018 that she reflects on her ad every year.

"It always gets featured in the roundups of the Best Super Bowl Commercials ever, and every January I revisit my original Pepsi spot that I just love because the music was perfect and the little boys were perfect," she said, adding, "It was just one of those commercials that everyone loved and it made people happy." 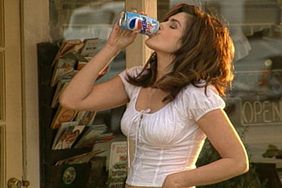 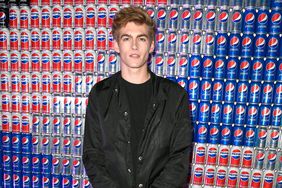 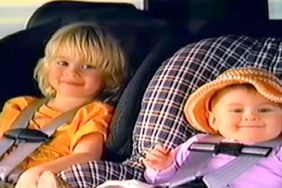 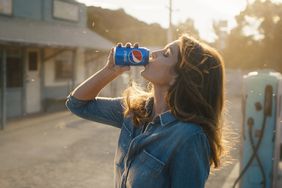