In an Instagram post on Monday, the Cravings cookbook author, 35, reflected on her bikini modeling days by sharing a series of throwback photos from Miami Fashion Week in 2011.

"Was talking about my days of Miami fashion week and how it was basically my equivalent of walking Paris couture," she captioned the post. "200 bucks a show minus agency and I'd wait 5/6 hours sitting on the floor of the Mondrian to be seen."

Teigen continued, "Booking a show at the Setai, walking over the pool, oh my god the excitement, C-class Naomi Campbell coming throughhhhhh!!!!!! Dinner with randos at Prime 112, ordering enough food to take home to eat for the week cause the fashion show money would disappear with agency fees. Sleeping in a two bedroom at the Flamingo with 5 other girls, MEMORIES!"

The Chrissy's Court star kicked off her modeling career in the mid-2000s, when she was a briefcase model on the first season of the game show Deal or No Deal.

Teigen was featured in 2010's Sports Illustrated Swimsuit Issue, before making her way to Miami Fashion Week in 2011, where she walked the runway for designer DiNeila Brazil.

Since then, Teigen has transitioned to television hosting — appearing on shows including Lip Sync Battle and Bring the Funny — and creating her Cravings website and cookbooks.

Recently, she's picked up a new hobby. Teigen revealed that she started horseback riding after her therapist suggested she find something to do.

Chrissy Teigen and Her Kids Go Horseback Riding: 'Today Begins My Journey into the Horse World'

"My therapist says I need something that I do just for me, as I have absolutely nothing currently lol. Today begins my journey into the horse world," the Cravings cookbook author shared on Twitter alongside a photo of her new horse.

"I hope this dude likes me," Teigen added. "He's so handsome and appears lazy, I love."

Teigen also documented the day on her Instagram, sharing a photo with her 4-year-old daughter Luna.

"First ride AND first jeans for Luna. she had an epic jean meltdown, really beautiful acting 10/10," the Cravings cookbook author captioned the photo. 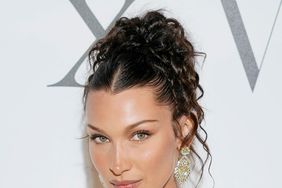 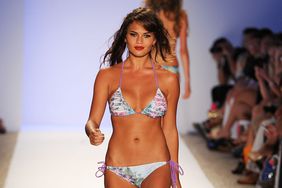