Chrissy Teigen Apologizes for Scarring You with Her 'Hooha'

Chrissy Teigen has long been a huge proponent of the overshare. In fact, through the years she has proven there’s no topic too taboo or off limits for her to chat about openly and honestly with her fans on Twitter. But her latest experience with full transparency while walking the AMAs red carpet may have bordered on a little TMI, even for her.

The Sports Illustrated model accidentally flashed everyone on the step and repeat of the AMAs while trying to navigate her dress’s two ribcage-high slits that were held together with just a single silver pin on each side. While Teigen seemed unfazed at the award ceremony, she later recognized that she may have inadvertently traumatized a viewer or two, apologizing to them on Twitter and giving the real hero in this situation, her laser technician, a much deserved shoutout.

After the event, the cookbook author shared an image of herself in her Yousef Akbar sheath dress from three different angles, thanking her glam squad Jen Atkin, Mary Phillips, Kimmie Kyees, and stylist Monica Rose. She then added, “(apologies to anyone harmed mentally or physically by my hooha)” before crediting Sev Laser Aesthetics for the maintenance in the aforementioned region.

But just because she’s apologetic for the inadvertent “hooha” of it all doesn’t mean she’s going to stand for any back talk about it.

Teigen has always unabashadly spoken her mind on Twitter, but since making her account private, she’s been blocking followers and clapping back with abandon. As she put it over the weekend, “People that simultaneously follow me and tell me to shut up blow my mind. Do…do they understand this twitter thing?” So, of course, when a fan tweeted, “Underwear-free @chrissyteigen what happened to being a lady? #SMH” the model mom already had the perfect comeback locked and loaded. She quipped, “I am pretty sure you could clearly see I’m a lady.” Lesson learned. Don’t come for Chrissy Teigen, and she won’t come for you.

What do you think of Chrissy’s AMAs look? Were you harmed mentally or physically by her hooha? Sound off below! 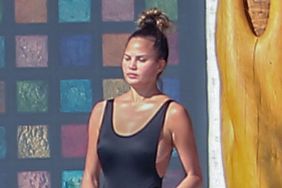 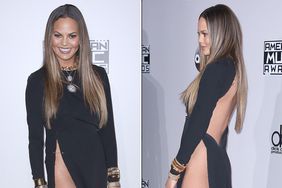 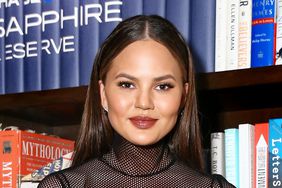 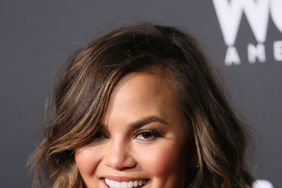 12 Wardrobe Struggles That Only Happen to Us — and Chrissy Teigen 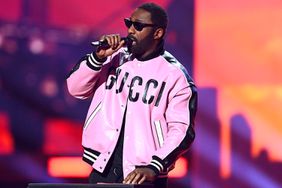 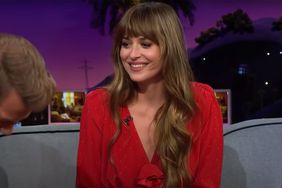