The couple that models together, stays together

The couple that models together, stays together.

While Chanel Iman, 26, is a seasoned pro when it comes to striking a pose, she welcomed her boyfriend of ten months, New York Giants wide receiver Sterling Shepard, into her world when they were asked to put on their best smizes for the new campaign for New Era’s Official NFL Sideline Collection.

“She tries to get me out of my comfort zone, which is good,” the football player, 24, told PEOPLE behind the scenes at the photoshoot for the campaign in New York City in July. Luckily, it came naturally to the photogenic couple. (Fittingly, Sterling chose to wear the New York Giants New Era 2017 Sideline Official 59FIFTY Fitted Hat.)

And when it comes to all things fashion, Iman’s thrilled that it’s a skill that comes naturally to her boyfriend. “He never had bad style,” she said. “It’s just very simple.” Her favorite look on him? A skateboarding tee shirt, black jeans, sneakers, “and of course, all his blinging jewelry.”

The pair first met at Victor Cruz’s birthday party last November. Iman had worked with Cruz on several photoshoots, while Shepard was a former teammate. “When I first met him, he was in a suit and looked so sharp,” she said. “I walked up to her and bought her a drink and it was over after that,” said Shepard.

But while their relationship started in a glitzy way, they’re quick to admit that not all of their dates are so high glam.

“We live at the Cheesecake Factory, for real,” said Iman. “Salmon for him, spinach dip for me, and some type of pasta.” And, of course, cheesecake at the end. “We always go in saying were only going to get one dessert but then we always get two because we have different tastes,” said Iman. “Her eyes are bigger than her stomach,” Shepard retorted.

And with football season drawing nearer, Iman is ready to take on the role of cheering on Shepard from the stands. “She can hardly even watch some of the clips of me getting hit,” said Shepard.

RELATED VIDEO: Can an Average Guy Turn Into an Underwear Model in One Day?

Late in July, Shepard suffered an ankle injury at Giants training camp, but he hopes to be healthy for the regular season opener in September, where Iman and Shepard’s mother will nervously look on from the crowd.

“They sit up there and they’re going through it together,” Shepard said.

“I say a prayer before his games,” Iman added. “I know Sterling is very strong and I’m confident when he’s playing, but I’m a caring girlfriend, you know.” 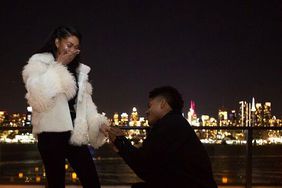 What a 'Catch'! Chanel Iman and the New York Giants' Sterling Shepard Are Engaged 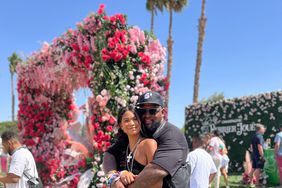 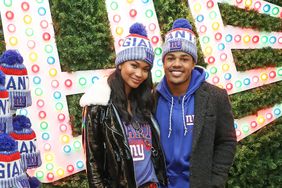 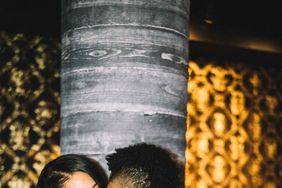 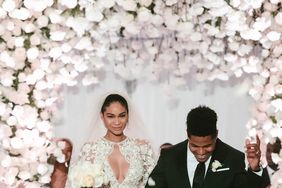 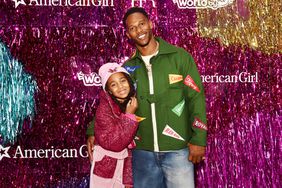