The rapper looked like he was ready to walk down the aisle in an allover lace ensemble designed by CFDA's American Emerging Designer of the Year nominee, Eli Russell Linnetz, for Wednesday's fashion fête.

"I just out of the blue sent him a text of a wedding dress and I was like, 'Will you be my bride?'" Linnetz, who designs for his label ERL, tells PEOPLE exclusively.

Cudi's wedding-inspired look featured a full lace catsuit worn underneath a matching tea-length skirt and sleek white blazer. Instead of heels, he opted for embellished white sneakers to add some edge. Of course, the ensemble wouldn't be complete without a statement veil.

"I trust this man so I was down to take it wherever his mind went," Cudi tells PEOPLE.

He accessorized the look with a meaningful pendant necklace. "This is the Black Jesus — deep, dark chocolate brown," Cudi adds.

Cudi walked the red carpet at the CFDA Awards with Linnetz, who is one of the five up-and-coming designers being recognized for their already-impressive achievements in fashion.

Linnetz, a Venice Beach-native, has truly done it all. Throughout his career, Linnetz has directed music videos for Kanye West, co-produced an album for Kid Cudi, written songs for Teyana Taylor, designed stages for Lady Gaga and built his surf-inspired label ERL.

When the fashion designer found out about his CFDA honor, he just so happened to be in the middle of getting A$AP Rocky dressed for the Met Gala. (The rapper wore Linnetz's multi-colored quilt designer on the red carpet).

"It was an overwhelming moment of ecstasy. I didn't really process it till later that night. I'm not one to celebrate," Linnetz said. "The next day I started sketching what I was going to wear to the CFDA awards." 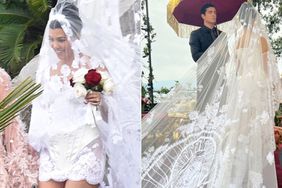 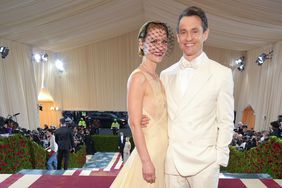