"If I would do this today it would work. It was Avant-garde at the time," Dion says of her bold Oscars look

While Céline Dion has been having serving up major fashion moments lately — see her bold Met Gala debut in Versace and her ethereal Stéphane Rolland gown worn to the Billboard Music Awards — the Canadian balladeer has dealt with her fair share of fashion haters in the past.

One look that divided fashion critics was the backward white John Galliano tuxedo she wore to the 1999 Oscars. Dion tells PEOPLE in this week’s issue she has no regrets about the bold look, only that it was perhaps a little too avant-garde at the time, and might fair better at an event today.

“When I wore that look, yes it was at the Oscars, and when I wore that, everyone was wearing dresses, not pants,” she recalls. “I was the only one with pants in a backward suit from Galliano and if I would do this today it would work. It was avant-garde at the time. And it doesn’t matter, you just have to assume what you wear, you wear, and I did.”

For much more on Céline Dion’s fashion evolution and her life now as a single mother, pick up the latest issue of PEOPLE, on newsstands now.

Speaking to her more recent universally praised fashion wins, Dion admits she’s having a lot of fun with her looks — but that they aren’t always comfortable.

“The Met is not about being comfortable,” she says of her May debut in the Versace gown with the thigh-high slit. “The Met is about [making] a moment memorable. It was a crazy night, lots of fun, crazy hair, crazy dresses, all of the above. But a first is a first and it was magnificent.”

Her Billboard Music Awards dress — in which she gave an emotional performance of “My Heart Will Go On” that moved the audience to tears — was much easier to wear.

“That was very comfortable and I’ve been wanting to wear Stéphane for a long time,” Dion says. “What touched me the most was it was a grandiose dress, with the simplicity of the white and the rest of it is so simple, and the whole crowd was singing with me and it became everybody’s song.” 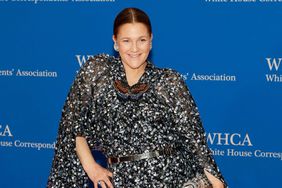