Check out recent style triumphs and trip-ups by the stars, then rate the looks! By Melissa Liebling-Goldberg

Heading into a Glamour event, the actress continues her week of dressing fabulously in this chic little black dress – check out her new flipped hair!

The Hills star debuts a sleek new shoulder-length do – along with a sweet white dress from her own line and jeweled flats – at the Kari Feinstein Winter Style Lounge in L.A.

The new mom is radiant in a red Vivienne Westwood gown at the London premiere of Sweeney Todd.

The mom-to-be is clearly enjoying her pregnancy as she glows in Dior by John Galliano at the Glamour kickoff for V-Day’s 10th Anniversary.

The Heroes star is simply elegant in a soft white sheath by Rachel Roy and silver pumps at the Glamour kick-off for V-Day’s 10th Anniversary in Los Angeles.

Despite her recent breakup with John Mayer, the actress looks radiant in a white Dolce & Gabbana dress and red peep-toe pumps at the Diamond Information Center and InStyle Fashion Show Preview luncheon.

The Mad Money actress celebrates her Jenny Craig weight-loss commitment in a flattering white button-down and pencil skirt at a press event in Los Angeles.

The Heroes star gets graphic in a black and white Jay Godfrey dress at the Diamond Information Center and InStyle Fashion Show Preview luncheon.

The Women’s Murder Club actress is sophisticated in her embroidered Dior by John Galliano dress at the Diamond Information Center and InStyle Fashion Show Preview luncheon.

The Mad Money star is regal in a plunging black lace Pamella Roland dress, Chopard jewels and leopard peep-toe heels at the film’s premiere in L.A.

The executive producer of The Business of Being Born shows off her slim figure in a black halter dress at the film’s screening in N.Y.C.

The One Tree Hill actress gets into the houndstooth trend in her Thread Social Dress at the FUZE Resolution Slenderize Kickoff in L.A.

Going solo without boyfriend Milo Ventimiglia, the Heroes star is chic in a cobalt blue silk dress and thigh-high boots at an appearance for Dooney & Bourke in New York.

The Transformers star covers up in a black dress, gray suede thigh-high boots and a wrapped turquoise necklace at the premiere of Terminator: The Sarah Conner Chronicles in L.A.

The Cashmere Mafia star lives up to the show’s fashionable billing in a fuchsia satin Alexander McQueen dress and elbow-length leather gloves while entering The Late Show.

Another day of shopping, another cute coat for the newlywed – who steps out in a pink Juicy Couture jacket, dark denim and a white Juicy Couture purse.

The My Name Is Earl star shows off her post-baby body in a slim black Valentino sheath and T-strap pumps at the “Slimfast Slim Your Style” event in L.A.

The One Tree Hill actress enjoys the unseasonably warm weather in New York in a belted blue slip Juniper dress while stopping by TRL.

The reality-TV star showcases her famous curves in a silver knit dress and thigh-high boots at the Style Your Slim party in Hollywood.

The Mad Men actress sticks to her show’s decade in a retro pencil skirt and high-necked lace blouse at a photo call in N.Y.C.

The actress stole the show at the Critics’ Choice Awards – presenting in a shimmering one-shouldered Lanvin dress and towering heels.

The newlywed tells PEOPLE that she chose her Bill Blass dress for the premiere of 27 Dresses in homage to another comedic blonde. “I really love the sort of ’50s fashions that Doris Day had. And I love that I got to wear matching Jimmy Choo shoes.”

The Hairspray star sizzles at the Critics’ Choice Awards in a cutout lilac Narcisco Rodriguez dress and Kwiat diamonds.

Heigl’s Grey’s Anatomy costar makes a supporting appearance at the 27 Dresses premiere in a satin Lanvin trench and YSL pumps.

The actress steps out for a casual dinner in New York in leopard print flats, skinny jeans and suddenly longer locks.

The actress flaunts her now-famous curves in an original full-skirted pink dress by Dorothy Amos at the premiere of 27 Dresses.

The actress is all about the accessories – lace Christian Louboutin shoes, knotted scarf, silver Rock and Republic satchel – while out in L.A.

The Dancing with the Stars judge celebrates her new show Dance War and her birthday in a silver sequined minidress by Yoana Baraschi.

The star makes a splash presenting at the Palm Springs Film Festival in a strappy Gucci cocktail dress.

The Enchanted star is sleek in a black blouson Fendi dress at the New York Film Critic’s Circle Awards.

The Hairspray actress is casual chic in a red Myne tunic, Hudson jeans and Dior heels at the film’s outdoor sing-a-long at the Palm Springs Film Festival.

The young star shows off a sophisticated look in a long black gown, tousled up ‘do and metallic clutch at the Palm Springs Film Festival.

The newlywed continues her shopping spree in a graphic Juicy Couture coat, slacks and white button-down in Los Angeles.

The Vie en Rose actress celebrates a win at the Palm Springs Film Festival in a beige sequined Chanel dress.

The former Laguna Beach star takes a straight and narrow approach to her 21st birthday – with ironed locks and a simple red minidress. 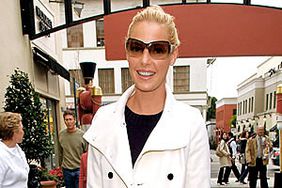 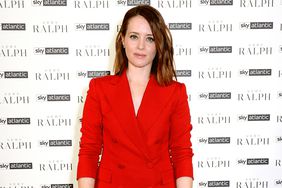