Buzz: Robert Pattinson Is the New Face of Dior Fragrance

His girlfriend already has a fragrance campaign, and it sounds like Robert Pattinson might have one of his own now, too.

E! News is reporting that actor has been named the new face of Christian Dior men’s fragrances, though the fashion house has yet to confirm the news. Current Dior fragrance faces include Natalie Portman and Charlize Theron.

Pattinson’s three-year deal with the French brand is rumored to be worth about $12 million — $5 million more than Brad Pitt‘s estimated payday for his Chanel No. 5 campaign. Now let’s hope that Pattinson’s commercials will be a little more, uh, normal than Pitt’s.

Update: A representative for Dior tells The Hollywood Reporter that the brand hasn’t signed a deal with Pattinson … yet. That doesn’t mean a contract isn’t in the works, though. Either way, we want to hear your thoughts, so, tell us: Do you think Pattinson is a good fit for a fragrance deal?

Johnny Depp's Teaser for His New Dior Ad Is Here

Brad Pitt Is the New Face of Chanel No. 5 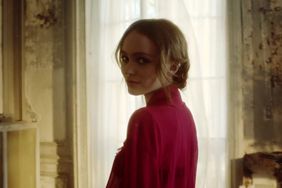