Brooklyn Beckham is making sure his siblings are always with him

Brooklyn Beckham is making sure his siblings are always nearby.

The photographer shared a new Instagram post featuring his latest tattoo — a series of numbers celebrating the birth years of his brothers Romeo, 15, Cruz, 12, and baby sister Harper, 6.

The college freshman, who attends school in New York City far away from his family in Los Angeles, couldn’t help but immediately share the photo on social media. (He previously waited a few days before sharing his chest tattoo by Dr. Woo.)

His tattoo artist, Mr.K of Bang Bang Tattoo in New York City, shared a photo of the tattoo on his Instagram page, writing, “his siblings 0 2 0 5 1 1 @brooklynbeckham ✨thanks brotha🙏🏼 #brooklynbeckham #mrktattoo#bangbangnyc.”

Brooklyn is the oldest of the Beckham brood, with brother Romeo born in 2002, Cruz born in 2005 and Harper coming along a few years later in 2011.

The 18-year-old previously added a new piece of ink — an etching of a Cupid wielding his bow — by celebrity tattoo artist Dr. Woo.

Dr. Woo shared the photo on his Instagram page on Wednesday, writing, “Fun one for BB 👼🏼🏹 thankz bud @brooklynbeckham.”

In April, the teenager got his first tattoo from famed tattoo artist Mark Mahoney of the Shamrock Social Club in Hollywood, who has previously inked his father, Lady Gaga and Johnny Depp.

For his first one, Brooklyn decided to take inspiration from one of his father’s tattoos: a Native American wearing a traditional headdress. While the soccer star has the body art on his chest, Brooklyn opted to place the design inside his right forearm.

“Thank you so much Mark x just like dads,” Brooklyn captioned another photo.

Brooklyn has been busy visiting Dr. Woo. He’s added to his tattoo collection, getting a hyper-realistic camera inked on his inner left bicep, a very detailed eagle on his left hand and a compass to his left forearm.

He also went back to Mahoney to get a rose going up his left ribcage. 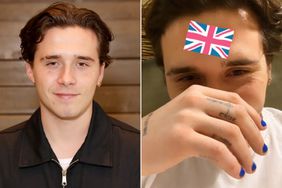 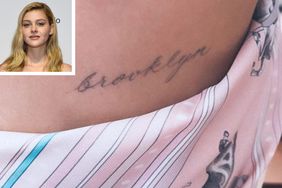 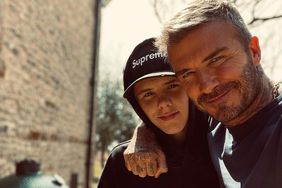