Brooke Shields is suing celebrity makeup artist and businesswoman Charlotte Tilbury for naming an eyebrow pencil after her without her consent.

The 53-year-old actress, whose enviable, bushy brows have become a signature part of her look, filed a suit against Tilbury, 46, claiming that her eponymous beauty brand is attempting to make money off of Shields by naming a shade of its

According to the complaint, Shields was out shopping earlier this year when she was “shocked” to discover that her name was being used on a product by Charlotte Tilbury.

“Brooke Shields’s career as a model, actress, author, and entrepreneur spanning decades has made Brooke (and her eyebrows) a household name,” Shields’ attorney, Alex Weingarten of Venable LLP said in a statement to PEOPLE. “In fact, Brooke’s eyebrows have been her trademark since Time magazine declared her ‘the ‘80s look’ in 1981.”

Weingarten continued: “Charlotte Tilbury and its related retailers have attempted to profit off of Brooke’s signature look by stamping Brooke’s name on an eyebrow pencil without her consent. This is an egregious violation of Brooke’s rights, which we will litigate vigorously to vindicate.”

According to the suit, Shields is seeking damages from Tilbury and wants the brand to pull the pencil from stores. It is currently available at retailers including Sephora, Nordstrom, J.C. Penney, Bloomingdale’s and Bergdorf Goodman.

RELATED PHOTOS: 7 New Hair Products to Keep Your Color Looking Bright and Better Than Ever

The complaint notes that Shields has not endorsed any cosmetics products since her cosmetics line with MAC was released in 2014 when she spent two years working with MAC to develop the products that includes eyebrow-enhancing products and an eyebrow pencil. It also states that Shields has spent “time and resources investigating and developing opportunities to create her own cosmetics line with an emphasis on eyebrow-enhancing products.”

Other shades of the Brow Lift Eyebrow Pencil appear to be named after other notable celebrities like “Grace K” (for Grace Kelly) and “Naomi” (for Naomi Campbell). However on the Charlotte Tilbury brand website's product page, there is no detailed explanation for the inspiration behind the brow pencil shade names.

Besides the eyebrow pencil, Tilbury has also famously named her Hot Lips lipsticks after stars, like a beige-nude inspired by Kim Kardashian West, a pale pink inspired by Liv Tyler and a rosy hue inspired by Nicole Kidman.

PEOPLE has reached out to Tilbury’s team for comment. 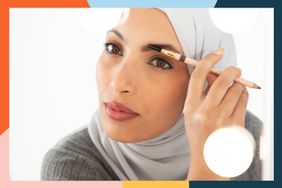 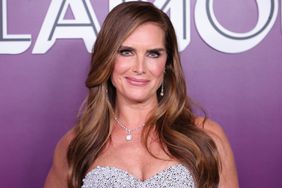