If you follow Britney Spears on Instagram, you know the pop star also moonlights as a “runway” model. She often stages impromptu catwalk shoots down the hallways of her home, showcasing her impressive collection of ultra-short mini dresses and her ability to execute a perfectly-timed smize. And all that practice has finally paid off because Spears just landed a major modeling gig with Kenzo.

The 36-year-old performer stars in Kenzo’s La Collection Memento No. 2 ad campaign shot by famed photographer Peter Lindbergh. Wondering why the Parisian brand tapped the American pop star for the job? According to the label, Spears embraced the theme and inspiration behind the collection, which is centered around the idea of “Icons.”

“Number one, Britney Spears is an icon, so I think in terms of her iconography, she fits into our Memento project perfectly,” creative director Humberto Leon said in a press release. “She is a legend in her field. We will remember her for the rest of everyone’s lives as an icon. She’s up there with Michael and Madonna and everyone who we consider icons. Britney is up there. I think that in many ways, growing up she is also synonymous with denim with me. When her and Justin [Timberlake] came out in their denim outfits, that is like an iconic look.”

Spears turned to another denim-on-denim look for the campaign, wearing a head-to-toe jean look including sexy briefs, over-the-knee lace-up boots and a cropped denim jacket.

The pop icon told Vogue she was drawn to the playfulness and vitality of the clothing.

“This collection is very youthful,” she said. “We had fun on set, even though it was a bit weird for me at first. I am used to shooting in a studio or a small space, and this was on the street. We were out there and I had really promiscuous clothes on, which felt odd, but, of course, on film it turned out to be really cool.”

Mom to sons, Jayden James, 11, and Sean Preston, 12, said she now makes a more conscious decision to not “take as much risk” with her style choices, adding that she’s usually “in a nightgown” when she’s at home with her kids.

“It’s tricky because as a mother, you don’t take as much risk with your style,” she told Vogue. “I think when I was younger I took so many risks and really went for it. There was no planning what I wore, and it was like, okay, I am just going to put on the most outrageous thing. I think as a mother you hold back from that out of fear of embarrassing your kids and out of respect for them.”

The brand wanted Spears to collaborate with Lindbergh on set because he is often praised as the photographer behind the making of the ’90s supermodel. “Of similar stature in the photo world is Peter Lindbergh, whose British Vogue cover of Linda [Evangelista], Naomi [Campbell], Cindy [Crawford], Tatiana [Patitz] and Christy [Turlington] ignited the age of the supermodel. Lindbergh’s previous work on Kenzo Takada’s historical campaigns for the brand informed Carol & Humberto’s decision to work with the legendary photographer.”

And what transpired is a series of amazing photos that will give you serious early aughts nostalgia, thanks to the tropical-print get-ups, cropped hoodies and baby backpacks she poses in throughout the campaign.

“When she walks onto set, she’s really professional,” said Lim. “She just owned… The minute she got into the outfit, she owned the stage and she came out and really owned… Her presence was really magnificent. I think that was exciting.” 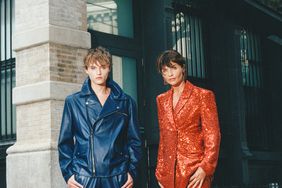 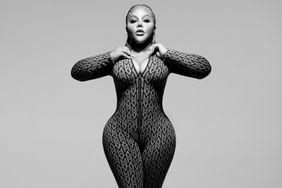 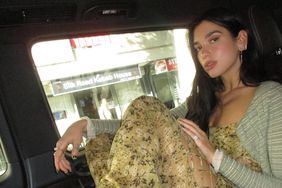 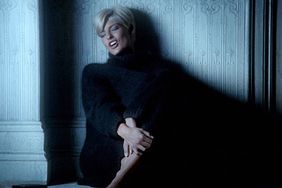 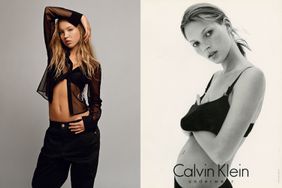 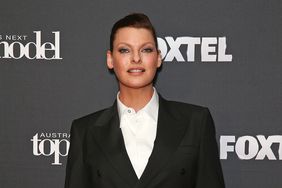 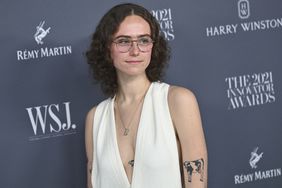