His hair may range from sky-high in Hairspray to natural in High School Musical 2, but in real life, this 19-year-old heartthrob is known for his perfectly tousled tresses.

The fashionable Fall Out Boy bassist strikes the all right chords with his tattoos, hipster duds and his sexy, spikey boy bangs. The final touch? His signature guyliner!

The Drake & Josh star’s do channels the young Beatles – the perfect accompaniment to his ’60s inspired album, It’s Only Time.

Glasse gone? Check. Side-swept hair? Check. The Harry Potter star – should have no problem finding a date – just Hollywood types need not apply. “I think it would be very hard to go out with an actress, because they’re mad,” the actor has said.

For a role in the movie Keith, the star ditched his signature blond locks for brunette.”I knew that having long, blond, bright, poppy hair was not right [for the part],” he told MTV. Luckily for his adoring fans, he’s back to blond.

Party in the front and party in the back! The Jonas Brother keeps his hair long and a little shaggy for an unkept hipster look that drives his legions of female fans wild.

Is the movie megastar taking a cue from his younger colleagues? Or is he just in character for his role in the WWII drama Valkyrie? Either way, it looks like he’s on the cutting edge of this trend. 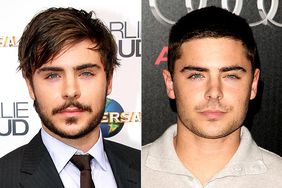 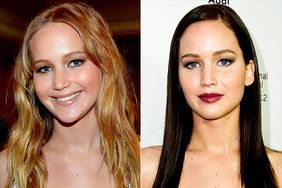