"I am growing my mullet back as a symbol of hope or some s--- like that," the country singer wrote on Twitter

Desperate times call for … a mullet?

On Tuesday, Blake Shelton announced that he plans to bring back his signature ’90s hairstyle since most of his work events are “canceled for the foreseeable” future due to the coronavirus (COVID-19) outbreak — and according to the country singer, his longtime girlfriend, Gwen Stefani, is on board.

“I have an announcement. With basically EVERYTHING I had scheduled being canceled for the foreseeable further [sic] @gwenstefani and I have made a decision together. I am growing my mullet back as a symbol of hope or some s— like that.. Anyway it’s coming back! For real. Stay tuned…” he wrote on Twitter.

The Voice judge, 43, who recently postponed the final dates of his Friends and Heroes Tour, has warned fans that his mullet was going to make a comeback earlier this year, but that didn’t stop his Twitter followers from voicing their disapproval.

Another added, “Don’t do it cowboy. You look way better with short hair.”

A third Twitter user shared a meme of Stefani, joking, “This is Gwen’s fault.”

Stefani, 50, has yet to weigh in on the controversial hair choice herself, though Shelton says they agreed on the decision together.

In January, Shelton and Stefani sat down for an interview with CBS This Morning co-host Gayle King, where the cute couple talked about why their relationship works, Shelton’s PEOPLE’s Sexiest Man Alive 2017 title and (of course) his mullet.

“There’s kids that are wearing mullets now,” he added. “And I’m feeling like maybe it’s time for me to bring mine back. I’m not a trendsetter. I don’t mind jumpin’ in on a trend like that.”

And when King asked Stefani, “Do you think Blake should bring back the mullet?” She responded, “I’ve actually offered to go get him some extensions. We could totally match the color easily. I’ll do it for you.” 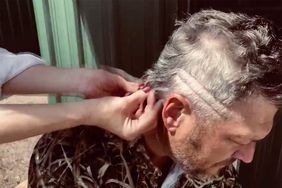 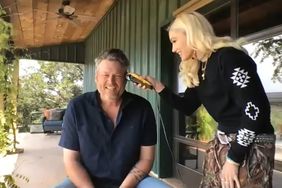 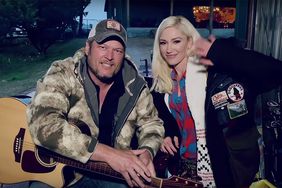 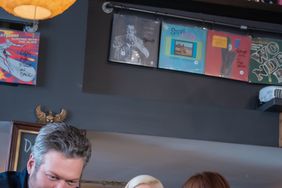