Every time Blake Lively steps out for a press tour, she gives us endless style and beauty ideas. And now, for A Simple Favor, we’re getting all the suits, all the manicures, and now, all the braid and makeup inspiration.

For the past few weeks, the star has been channeling her character’s corporate-yet-cool style in a series of high-fashion power outfits. And her beauty — courtesy hairstylist Rod Ortega and makeup artist Kristofer Buckle — has followed suit.

“In my whole career, this is a first — working with someone who is only wearing suits,” Ortega tells PeopleStyle of Lively’s recent looks. “It’s different for me artistically, because I’m used to doing big, wavy, full hair on Blake. This forced me to do more simple, relaxed hairstyles, since the silhouettes are much straighter than a flowy dress.”

Both pros note and that her look Monday night was specifically inspired by a modern Marlene Dietrich, who had power suits as a staple in her wardrobe.

For the premiere, though the duo “had been leaning towards a more natural makeup look to complement the suits,” for the premiere “it was time for some more glam,” says Buckle of her makeup.

“When I saw what Blake was wearing I thought a prominent eye would be a good choice, and she thought the same,” Buckle tells PeopleStyle, adding that they typically decide on her makeup look in real time.

“She styles herself so of course she also has opinions about her makeup. She trusts my instincts, and I want her to be comfortable, so we keep an open dialogue while I’m working.”

So he ended up going for a berry-toned smoky eye, adding a pop of color to her outfit, which he says had a “glam ’70s feeling.”

The pro created the smoky look, which he says Lively “loved”, using pomegranate and copper shades from the Kristofer Buckle Premiere palette, in order to create a metallic-yet-modern feel. On her lips, he went with the Giorgio Armani Rouge d’Armani Matte Lipstick in 500, a matching pink hue.

For her hair, Ortega opted for a braided ponytail. “Blake isn’t in black that often, so I wanted to keep hair nice and sleek,” he explains, adding that the process was collaborative.

“I did a quick braid as a test run, and took a picture to show her what it looked like (below!). She said, ‘Oh yeah that’s great,’ after seeing the picture! Because she liked it, we went with it.”

To create the look, which Ortega says was “very detailed” in the back, he first created a braid going down from the top of her head, before – pulling the hair out and adding smaller, individual braids, intertwining them around the main braid. He then used the T3 Cura Luxe hair dryer to remove any flyaways, in order to achieve a sleek finish. 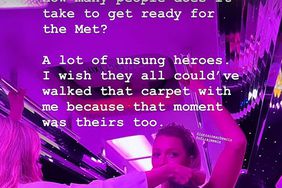 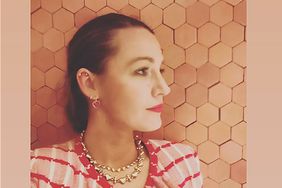 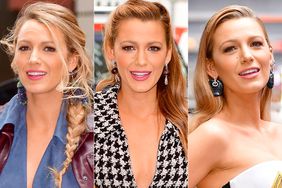 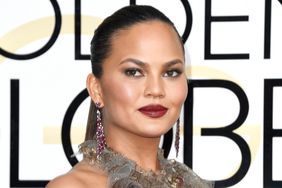 Golden Globes 2017: The Beauty Looks That Deserved Their Own Awards 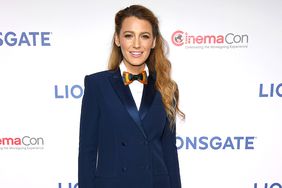 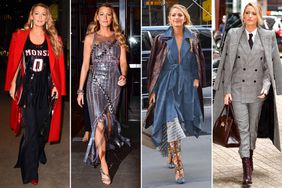 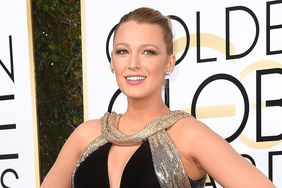 Cappuccinos and Curls! All the Inside Scoop from Blake Lively's Golden Globes Glam Session 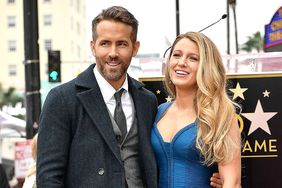 Sure, Blake Lively Showed Off Her Babies Today But Can We Talk About Her Hair Now? 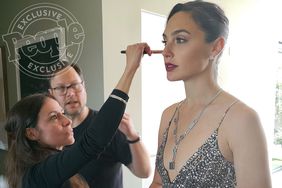 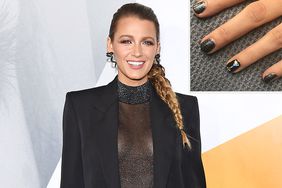 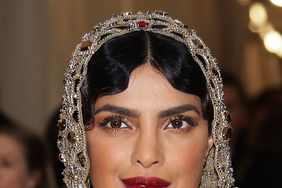 The Most Heavenly Beauty Looks at the 2018 Met Gala 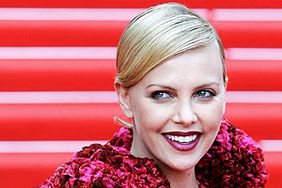