In the weeks leading up to the launch, the "Icy Park" collection has garnered plenty of hype on social media for its star-studded campaign (featuring Hailey Bieber, Gucci Mane and Beyoncé's daughter Blue Ivy Carter) and wintery designs that look like they are made for hitting the ski slopes. (Or for wearing when binge-watching the Real Housewives of Salt Lake City reunion.)

The campaign for the new collection — which WWD described as "refreshingly chill, effortlessly functional, relentlessly stylish and always inclusive" — includes a glam video that features the models posing on everything from a snowmobile to a ski lift.

Ivy Park has also gradually been unveiling the designs each day before the drop by sharing a different photo of Beyoncé modeling outfits from the line on Instagram.

In some of the photos, Queen Bey showed off a high-shine latex thong bodysuit with matching thigh-high boots. She accessorized the look with a puffer-style stole in another pic, which even revealed her butt as she turned around so her backside faced the camera.

Beyoncé flaunted her curves in another look — a form-fitting, long-sleeved latex mini dress that had the singer looking ready to hop on the tennis court. The collection even includes a white reflective ski suit which the star also modeled for Ivy Park as seen on the brand's Instagram page.

In the video, Beyoncé and Blue posed side-by-side in a vibrant graphic-print puffer jacket and matching bottoms in the same color pattern.

Beyoncé's mom, Tina Knowles-Lawson, gave a sweet shoutout to her granddaughter on social media, and revealed that Blue wasn't actually scheduled to pose in the campaign.

"My Beautiful grandbaby Blue Ivy looking like a little super model in her Ivy Park," Knowles-Lawson captioned the Instagram. "Swing your hair Blue ,!!!!! She inserted herself into this shoot. No she was not supposed to be in it ! She was just hanging out and got dressed and I guess she said 'I'm not gonna tell you what I could do I'm gonna show you.' I love that aggressive spirit My Blue Blue!!!! ❤️"

"Blue Ivy is just so iconic," one person said on Twitter. Another wrote, "This is so beautiful! I can't wait!"

"I applaud Blue Ivy's kindness to let those people star next to her in this video !!" another Twitter user jokingly said.

"Icy Park" marks Beyoncé's third drop with Adidas. Two of her collections were launched in 2020 and they sold out almost immediately.

To snag these new styles, be sure to bookmark the links to your favorite pieces and set a calendar reminder to shop at 4 p.m. EST at adidas.com/us/ivypark. 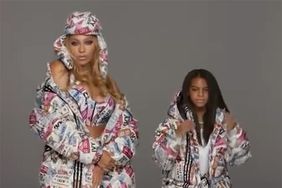 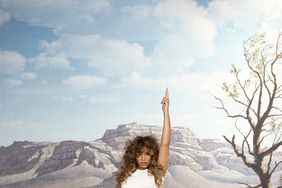 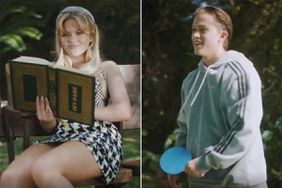 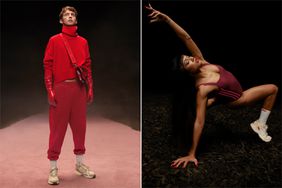