The star definitely showed off her patriotic side -- and her abs!

Bethenny Frankel isn’t shy about, well, anything. The blunt entrepreneur always speaks her mind on The Real Housewives of New York City, she’s very open when it comes to addressing plastic surgery rumors and she’s not afraid to show off her impressive bikini body on social media. After all, what would Fourth of July weekend be without a heavy dose of Frankel’s impressive abs? (That was a rhetorical question.)

The 45-year-old star posted up next to the grill at her Hamptons home on Sunday, prepping what looked like a feast for her guests. And when you’re as adept as Frankel is at cooking, there’s no need to wear an apron. She skipped the coverup all together in favor of a patriotic cobalt string bikini, accessorized with a straw hat. The #BOTD (bikini of the day) was documented on Instagram.

What was she cooking? It looked like classic hamburgers and hot dogs, which were no doubt served with some Skinny Girl margaritas.

On a recent episode of PEOPLE’s List, Frankel gave viewers a grand tour of her sprawling Hamptons estate, which includes her prized Yes Bar, a “disgusting shack” which the star transformed into a destination for her celebrity friends.

“This is where everybody wants to come after wherever they are in the Hamptons. This is where the afterparty is. Christina Aguilera has partied here. All of Jamie Foxx’s guys have partied here. All the most powerful agents in Hollywood,” she told People exclusively. “I’ve had the Beverly Hills Housewives here, the New York Housewives here. So this bar has had a lot of cool people.”

What do you think of Frankel’s bikini moment? Share below! 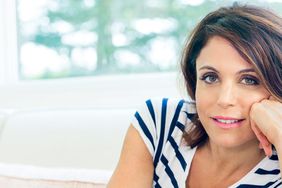 Bethenny Frankel Shows Off Her Hamptons Home on 'PEOPLE's List' : 'This Is Where Everybody Wants to Come' 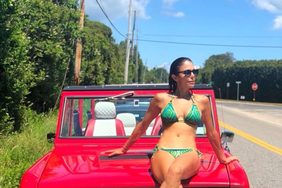 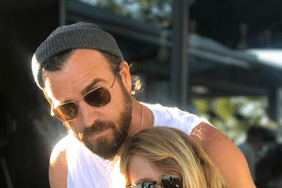