"Time of my life ⏳🫀🍾 Healthy, Working and Loved ❤️‍🔥🌹" the supermodel captioned a photo of herself cuddling up to a man fans believe is art director Marc Kalman

Bella Hadid has a new love in her life!

On Thursday, the supermodel seemingly confirmed her relationship status by posting an Instagram photo of herself cuddling up to a mystery man fans believe to be Marc Kalman with the caption, "Time of my life ⏳🫀🍾 Healthy, Working and Loved ❤️‍🔥🌹"

Although the man's face is barely visible in Hadid's sweet snap, eagle-eyed fans were quick to guess his identity. Kalman — an art director who's worked with Travis Scott, according to his website — was spotted on a lunch date with the supermodel in New York City last month.

Reps for Hadid and Kalman did not immediately respond to PEOPLE's request for comment.

Prior to this latest relationship, Hadid was most seriously linked to singer The Weeknd. The two first sparked dating rumors in April 2015 when he asked her to be in the artwork for his album, Beauty Behind the Madness. She also starred in The Weeknd's music video for his single, "In the Night."

Their relationship was confirmed when they made their red carpet debut as a couple at the 2016 Grammys, but after a year and a half of dating, the pair split in November 2016.

"Their schedules have been too hard to coordinate and he is focusing on finishing and promoting his album," a source told PEOPLE at the time. "They still have a great deal of love for one another and will remain friends."

Not long after, the singer started dating Gomez. As the pair got serious, a source told PEOPLE that Hadid was upset.

"Bella and Abel's split wasn't dramatic, but of course she's hurt and pissed that he's moved on so quickly with Selena," the insider explained, adding that it was the model who ultimately pulled the plug on the romance.

Multiple sources also told PEOPLE at the time that Gomez and Hadid were never close friends and there was no betrayal involved. "They've always been friendly, but they're not best friends," one Gomez source said.

Bella Hadid Says She 'Took Some Time Away' from Social Media to 'Reflect and Learn': 'I Found Myself'

Hadid's Instagram debut with her new man comes amid a whirlwind week for the supermodel, who attended the Cannes Film Festival premiere of Annette on Tuesday after making several Paris Fashion Week appearances earlier this month.

On the Cannes red carpet, Hadid stunned in a vintage Jean Paul Gaultier gown that featured a sheer black train and a halter-neck. She teamed the Old Hollywood-inspired look with Chopard jewels and styled her hair in a sleek parted bun.

Earlier this month, she walked alongside Kendall Jenner in the Jacquemus Fall/Winter 2021 show and attended the Dior Men's Summer 2022 show in a '00s-inspired Dior Men by Kim Jones look. 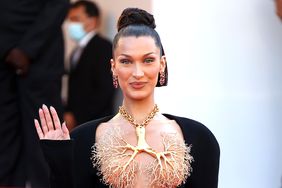 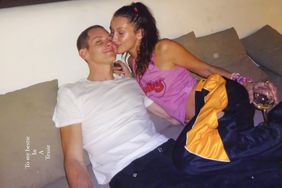 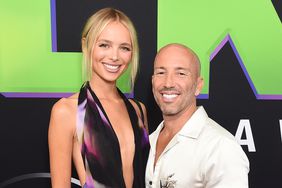