Bella Hadid Was Sewn Into the Sexy, Semi-Sheer Alexander Wang Jumpsuit She Wore to the Met Gala

The model brought Alexander Wang as her date to the Met Gala this year, and donned a sizzling semi-sheer jumpsuit by the designer

Bella Hadid made her third Met Gala appearance on Monday at the Metropolitan Museum of Art in N.Y.C. wearing a super sheer Catwoman-like crocheted off-the-shoulder bodysuit by Alexander Wang, whom she brought as her date, and Bulgari jewelry. From behind, the skin-tight jumpsuit featured a deep, sexy scooped back. The star also wore her hair in a brand-new sleek and short shoulder-grazing bob cut that morning by Danielle Ward, according to fellow hair stylist Jen Atkin’s Instagram.

Hadid also confirmed her bob was indeed a real haircut, and not just a wig like fellow Met Gala attendee Kylie Jenner wore. “When @inezandvinoodh, @gb65, @ward_hair ask you to cut your hair for your new @vogueitalia cover …the answer is yes! And not better carpet to show it off than the MET! Thank you for an amazing night Anna @voguemagazine and of course my amazing date @alexanderwangny,” Hadid captioned a shot of her new hair on Instagram.

The model’s skin-tight jumpsuit wasn’t a walk in the park to get into — Hadid told reporters on the carpet, “I’m sewn in!” On top of it, she wore her pointed-toe heels inside her tight-like jumpsuit, an impressive feat to pull off her most daring Met Gala outfit to-date!

This year, the 20-year-old model went without a boyfriend to the glamorous fashion event, after breaking off her romance with The Weeknd in November. (The Weeknd is now dating fellow singer Selena Gomez and attended the Met Gala with her on Monday.)

Hadid and The Weeknd haven’t crossed paths many times since their relationship ended, and the model reportedly felt “hurt and pissed” her ex rebounded so quickly with Gomez.

Hadid’s look tonight didn’t venture off from her usual black outfits she’s worn the past two years to the Met Gala. For last year’s Manus x Machina theme, the model and The Weeknd went for a matchy-matchy couple’s look, both wearing all-black ensembles by Givenchy for the occasion.

In 2015, Hadid made her debut at the fashionable event (side-by-side with big sis Gigi, of course) right as she was on the cusp of making it big in the modeling world. But unlike other stars, who go all out in über-expensive, custom-made gowns for the Met Gala, Hadid and other rising models at the time, like Emily Ratajkowski, Hailey Baldwin and Joséphine de La Baume, wore affordable off-the-rack dresses courtesy of Topshop.

Do you love Bella’s Met Gala look? Tell us your thoughts in the comments below. 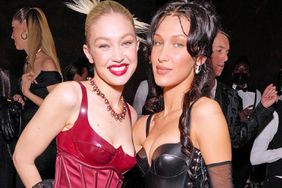 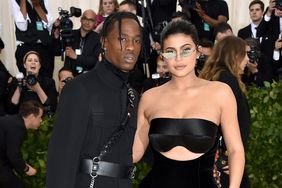 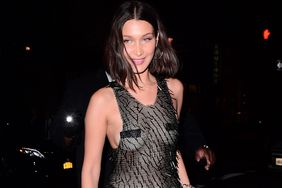 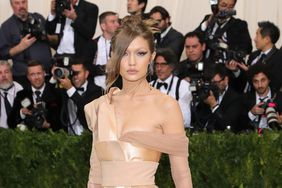 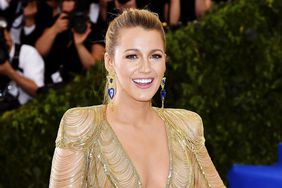