From the Twilight twosome to leading ladies like Kate and Claire, see what happens when Hollywood hits London for the British equivalent of the Oscars

Her dark locks may still nod to her role as Joan Jett in The Runaways, but the Orange Rising Star Award is more pretty than punk in her embellished, white Chanel strapless dress and matching high heeled Roger Vivier sandals.

He may not be sparkling, but the still shines in head-to-toe Gucci, including a custom tuxedo, white dress shirt and black silk tie.

Taking time out of his post with the Royal Air Force, the prince – and new president of the British Academy of Film and Television Arts – took time out of his red carpet walk to meet screaming fans off to the side.

What London fog? The actress is a ray of sunshine in her marigold Pucci cocktail dress and gold Jimmy Choo sandals.

Is he just happy to be back in his homeland? The leading man shows off his trademark smile as he hits the red carpet in a dapper tuxedo.

Despite having played the designer to create the LBD, the Coco Avant Chanel star is all about color, pairing her rose-colored, asymmetrical Lanvin dress with bright red accessories.

The winner of best actor poses in the press room, having thanked his director onstage for making him feel “a little more worldly, better groomed, more fragrant and more nominated than one has ever been before.”

A far cry from the title character in Precious, the rising star strikes a pose as she makes her way into the award ceremony in a glam pale pink gown.

A far cry from her Hogwarts costume, the redheaded Harry Potter star is stunning in a plunging, gold satin Prada gown and Wright and Teague jewelry.

His nominated WWII-era Inglourious Basterds may contain plenty of his signature violent scenes, but the director is all peace at the BAFTAs. 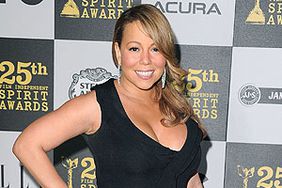 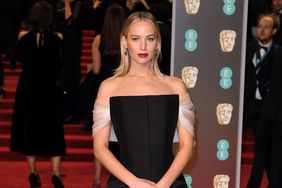 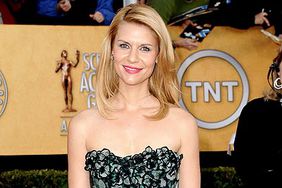 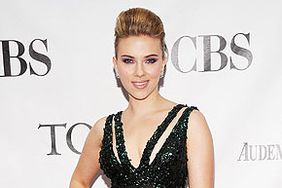