The fashion mogul, 35, was snapped enjoying a cold beverage while on a hike in the woods by boyfriend Louis Eisner on Friday

Ashley Olsen is taking her street style into the wilderness.

The fashion mogul, 35, was snapped enjoying a cold beverage while on a hike in the woods by boyfriend Louis Eisner on Friday.

For her outdoor adventure, Ashley rocked a white sweatshirt with linen pants and a button-up shirt stylishly tied around her waist. She completed the look with black Yeezy sneakers, a matching baseball cap, and oversized sunglasses.

In the picture shared to Eisner's Instagram Story, the fashion designer was also seen carrying an unusual accessory: a black machete.

Eisner, 32, did not add a caption to Ashley's photo, though he followed up the shot with a snap of himself standing on a log over a pond.

Ashley has been linked to Eisner, an artist and son of jewelry designer Lisa Eisner, since October 2017. Notoriously private about her love life, the star has yet to publicly comment on their relationship.

The Full House alum's twin sister, Mary-Kate Olsen, opened up about why they are what she called "discreet people" earlier this month, sharing that keeping their personal matters out of the spotlight is part of how she and Ashley grew up.

"We were raised to be discreet people," Mary-Kate told i-D, when asked about their fashion label The Row's discreet, modest style.

"I think that potentially that's just our aesthetic, our design preference," Ashley added, "But that doesn't mean that we don't also appreciate something truly ornate or maximal. Sometimes a collection even starts quite like that, and then gets pared down. It doesn't always start from that simplistic place." 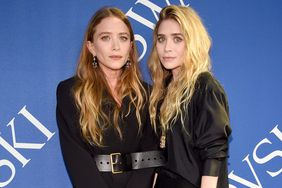 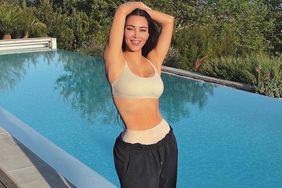 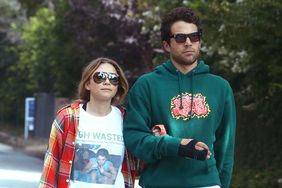 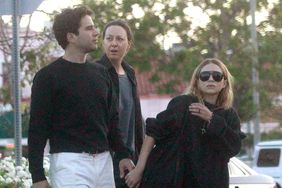