The model gushed about her close friend's recent nuptials

Ashley Graham was one of the lucky people to make the guest list for Karlie Kloss and Joshua Kushner’s intimate wedding in upstate New York last Thursday.

On Monday, Graham opened up about the couple’s romantic nuptials during an interview with Andy Cohen on his SiriusXM radio show Andy Cohen Live.

“It was fantastic. She was so beautiful — and so happy,” the model gushed about her close pal, adding, “It was my first Jewish wedding.”

Prior to their engagement, a source told PEOPLE that Kloss converted to Judaism in early June (a step First Daughter Ivanka Trump also took before her engagement to the elder Kushner brother, Jared). “She’s never been one to make decisions lightly,” the source says. “She spends a lot of time reflecting and learning.”

Three months after announcing their engagement, Kloss, 26, and Kushner, 33, tied the knot in a small, Jewish ceremony with under 80 people in attendance. The bride wore a custom lace Dior gown and simple tulle veil.

All the Details on Karlie Kloss’ Wedding Dress

Of the groom, Graham shared, “he’s so sweet and kind. They’re both just sweet, genuine and kind people, and I’m so happy for both of them.”

When Cohen asked if Taylor Swift was in attendance, Graham chose to plead the fifth.

“I’m not telling you anything,” she said with a laugh, “They took our phones. It was like that. And I actually kind of love that idea. I think if I were to get married again I would totally do the take the phone and confiscate it thing.”

It originally appeared that Swift had not attended the wedding, as she posted an Instagram about traveling to Australia for her sold-out show, hours after Kloss revealed her big news. 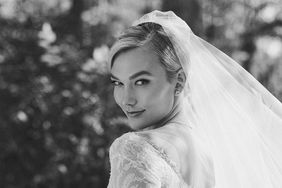 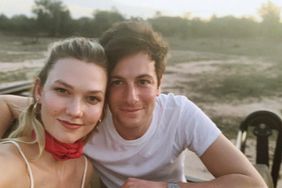 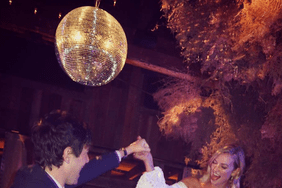