Kim Kardashian once again confirms her style icon status on her site with an assortment of early aughts #TBT photos of her wearing Juicy Couture jumpsuits.

A girl and her Juicy Couture are not soon parted. Luckily for Kim Kardashian, she’ll never have to know the pain of such a tragic occurrence because according to Vogue.com the velour tracksuit she helped make famous with her BFF/former employer Paris Hilton is back in style in a major way. Break out the boxes full of your finest luxury sports apparel, iron your peasant tops, and shine your high-heeled Timberland booties because apparently all of your regrettable early aughts fashions are going to haunt you forever.

Vogue knows, just like the rest of us, that nothing screams unbridled glamour quite like draping yourself across the hood of your Range Rover in a pristine baby pink matching set from the only true makers of American couture. If you’re rolling your eyes right now thinking this look is surely relegated to the ’00 days of chunky highlights, trucker hats, and flip-flops being deemed socially acceptable red carpet footwear, think again because in the wise words of
Vogue
, “The bad-taste-meets-good-taste movement is hitting its stride on the runway, and nowhere is that clearer than the sudden vogue for Sopranos-lite tracksuits.” Although to that we would say, bite your tongue, Vogue, because Tony would never be caught dead in anything except the finest Italian-made leisurewear fashions.

The reality star’s look, on the other hand, is pure Millennial pop culture Americana magic. The Juicy tracksuit is the symbolic epitome of all the things that made Kim an early aughts icon. Once upon a time, before the word selfie was even just a twinkle in a madman’s eye, there was no look too outlandish or bizarre for TMZ to photograph Kim wearing. That is until a certain stylish soothsayer by the name of Kanye West came into her life and started to transform her into the couture fashion plate made in his image we all know and love today. Which brings us to our real qualm with this piece of trend forecasting. While Vogue was busy singing Kim’s velour-clad praises, they failed to see that the real person responsible for this resurgence is not her, but rather her trend clairvoyant husband. Just as the rapper’s androgynous leather kilts are only now making it big (ahem, Jayden), so the waves made by his much maligned Grammy’s scarlet sweatsuit ensemble from last year are only beginning to reach the sartorially-minded masses. Let’s give credit where credit is long overdue, after all, he wasn’t named the most fashionable man of 2015 for nothing.

What do you think of Juicy Couture tracksuits making a comeback? Do you think Kim looks good in hers? Do you still own a set? What early aughts trend will be next to make a fashion comeback? 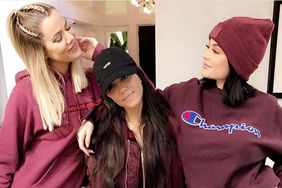 10 Times the Kardashians Made These Throwback Styles Cool Again 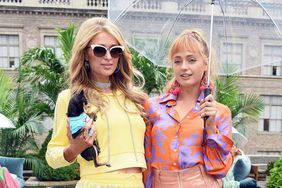 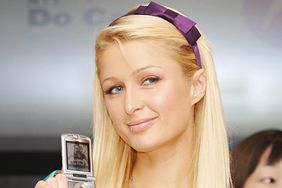